For sixteen years we’ve been taking the kids to see Santa before Christmas.  When the kids were young, the annual Santa Photo would often include tears, but now it’s a bit of fun.

The oldest, Josh (16 years), did try to convince me that he was too old for a photo with Santa.  I told him when he was 18 he could do his own thing, but for now he is still one of the kids.  Our youngest, Karla (7 years), asked if she could also have a Santa Photo on her own.  Middle child Brad (13 years) just smiled when he was told to.

Ten plus years ago you would have to choose one photo, when nobody blinked and everyone was smiling, to be printed.  These days you can also choose to have every high-resolution photo emailed within minutes of sitting down with Santa.  This means you still have access to each picture when the kids change position, and we have that shot of Karla on her own with Santa.  If you’re the type who shares everything on social media, then those pictures can be shared with the family on Facebook straight away.

This year we happened to have two of the kid’s cousins with us, so it was great we could include them in a group Santa Photo, as well as just the two of them to pass onto their parents.

I still had to agonise over which picture Santa’s helpers would print for us, but having all fifteen photos available in high resolution is great. 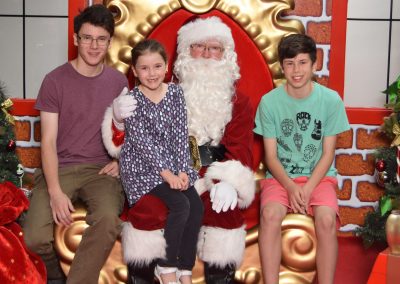 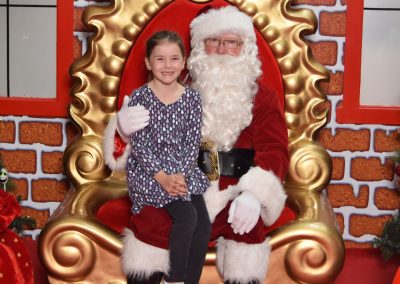 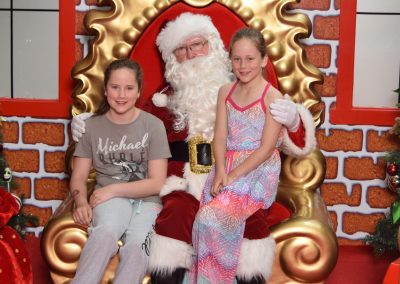 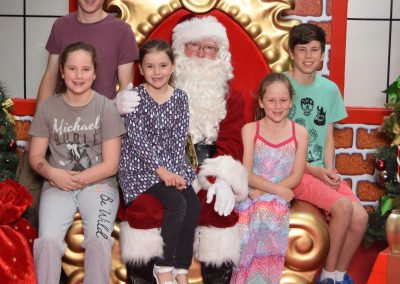