My 13 year old son, Brad, is really into football and Essendon in the AFL.  As a treat to him, we made the trek over to Adelaide during the Easter long weekend to see Essendon play the Crows.  I’ve said many times that I don’t mind a good road trip, so a quick interstate trip behind the wheel was a treat for me too.

As I’ve revealed in the last couple of blog posts, I’ve discovered a new interest in making videos for YouTube, so this was a great opportunity to make a short movie with Brad.  Check out our Road Trip video below.  At 15 minutes the film is a bit longer than I would have liked, but it tells the story of two days on the road, budget accomodation and a loosing football match. 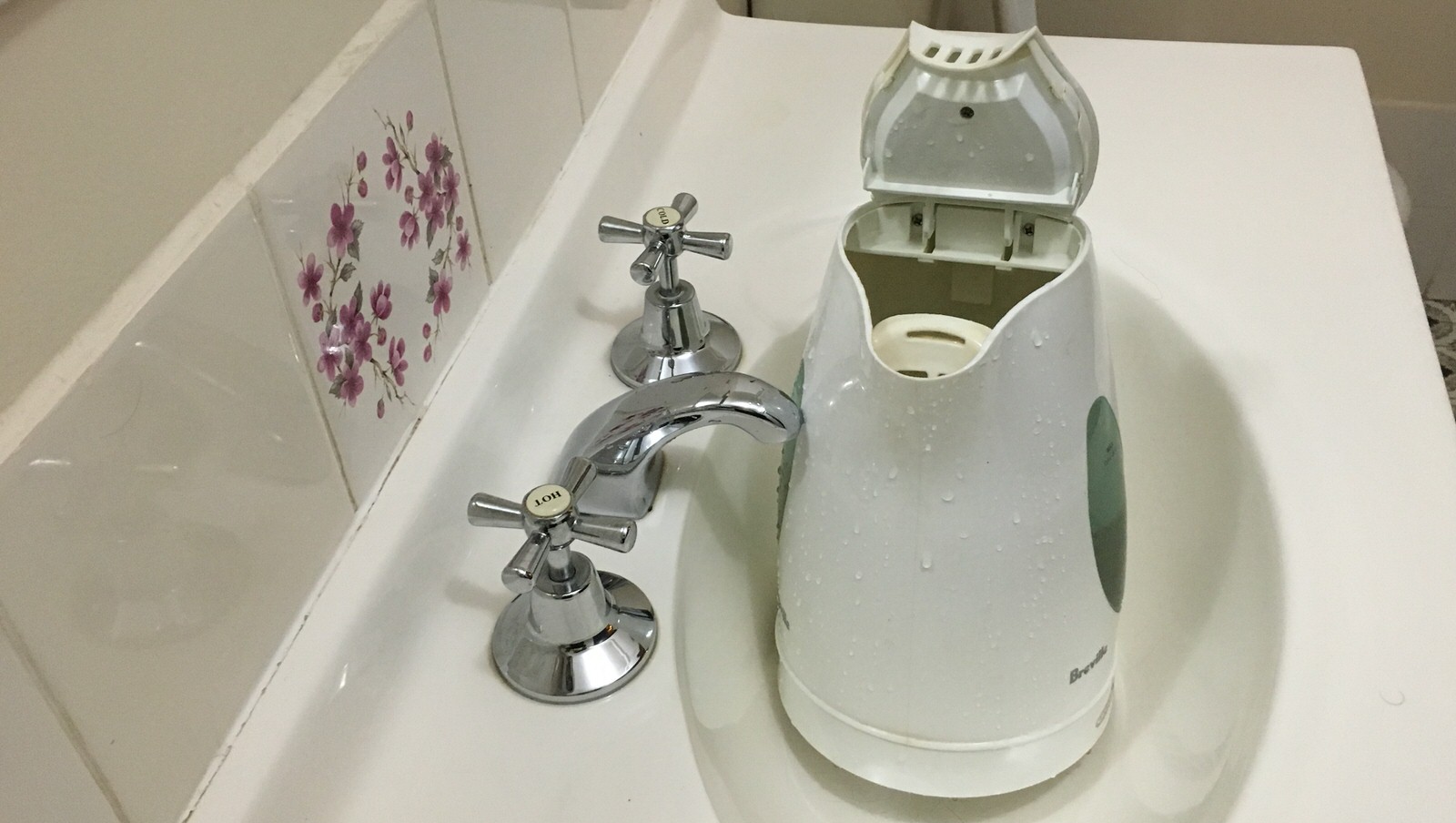 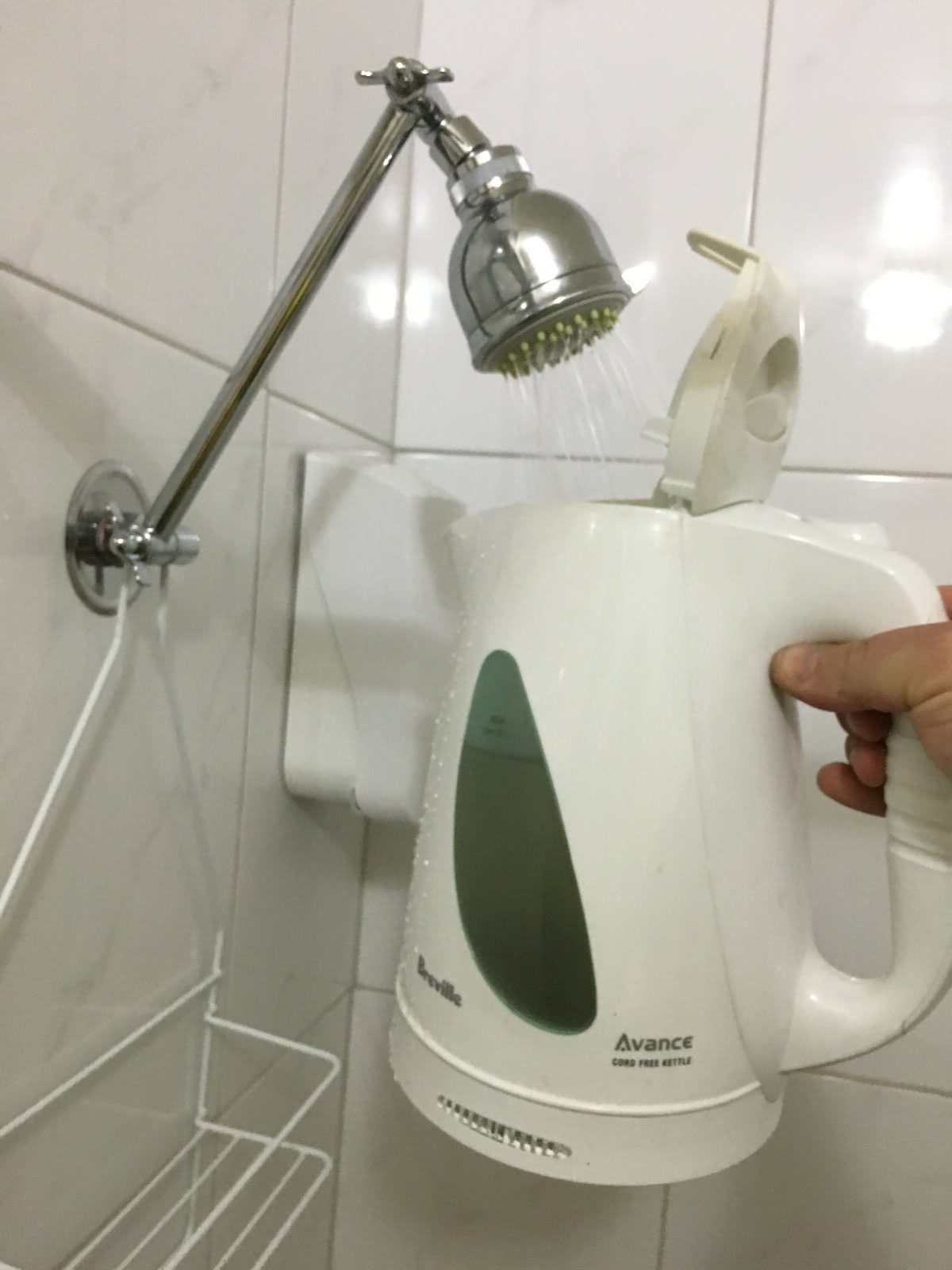 From time to time I need to stay in regional motels for work and it surprises me the differences you can find in budget motels in the country.  Some are really nice, others are… budget.  One common problem I have almost everywhere I stay is making a coffee!  I can deal with having a limited number of those little UHT milk containers, instead of fresh milk, but when I cant fill the jug or kettle to boil the water I just cant believe it.

The problem is a regular size cheapo kettle that simply wont fit under the tap in the little basin you find in motel bathrooms.  You might be able to put the kettle on an angle and get half a cup in before the water starts overflowing.  If you want to actually fill the kettle, you have no choice but to use the shower!  That was the case in the budget motel I stayed at in Hamilton this week, which is where I took these photos.

Motel owners should actually try to use the facilities in their rooms!  I have come across one motel that provided a small kettle, it only held about 3 cups worth of water, but you could easily place it under the tap.  A few weeks ago I stayed at the Siesta Central Apartments in Sale which had a big basin with a high tap – perfect.

So many motels have sinks so small that it’s hard to even fill the kettle (I’ve even stayed at a place where you had to fill the kettle from the shower!) This room at Sale has got it sorted.

Is it too much to expect real, fresh milk?

It’s been a few weeks since I’ve updated my personal blog, that you’re reading now, but there has been a couple of highlights, both involving my photography, squeezed in-between the the usual family and work stuff.

White Night Melbourne was an overnight public festival on Saturday night 20th Feb that finished at 6am Sunday.  I spent over 8 hours wondering around Melbourne and took over 1100 photographs.  Night photography can be very tricky, but the image stabilisation on my Olympus is amazing and allowed me to get long exposure shots that would traditionally require a tri-pod.  I’ve published the best of those White Night photos on my Vic Pics site, check them out – www.vic.pics/2016-white-night-melbourne-pics

White Night Melbourne projections on the National Gallery of Victoria

The following weekend I drove to Sydney for a new photography competition / meet-up called “People with Cameras”.  (I say “drove to Sydney” lightly, but most people are shocked and amazed, but I left home early, covered the 900km very quickly and was at my motel before midday).

People With Cameras was organised by Fujifilm, and a few other sponsors, for around 400 photographers to meet at Hyde Park.  Everyone split into groups and was sent out onto the streets of Sydney with the theme “Photographers in their element. Black and white.”  My group didn’t come up with the winning photo, but we had a lot of fun discussing ideas and snapping a few pics.  One of the blokes in my group, James, wrote a pretty good post on his own blog about People With Cameras – jamesobrien.id.au/2016/02/27/people-with-cameras

Most people posted their People With Cameras shots to Instagram with the HashTag #PeopleWithCameras – www.instagram.com/explore/tags/peoplewithcameras

My favorite photo from the Sydney trip wasn’t from People With Cameras however, I took it while exploring the city before the event.  It’s simply a lone cyclist crossing a pedestrian zebra crossing with a Sydney construction sign behind her. 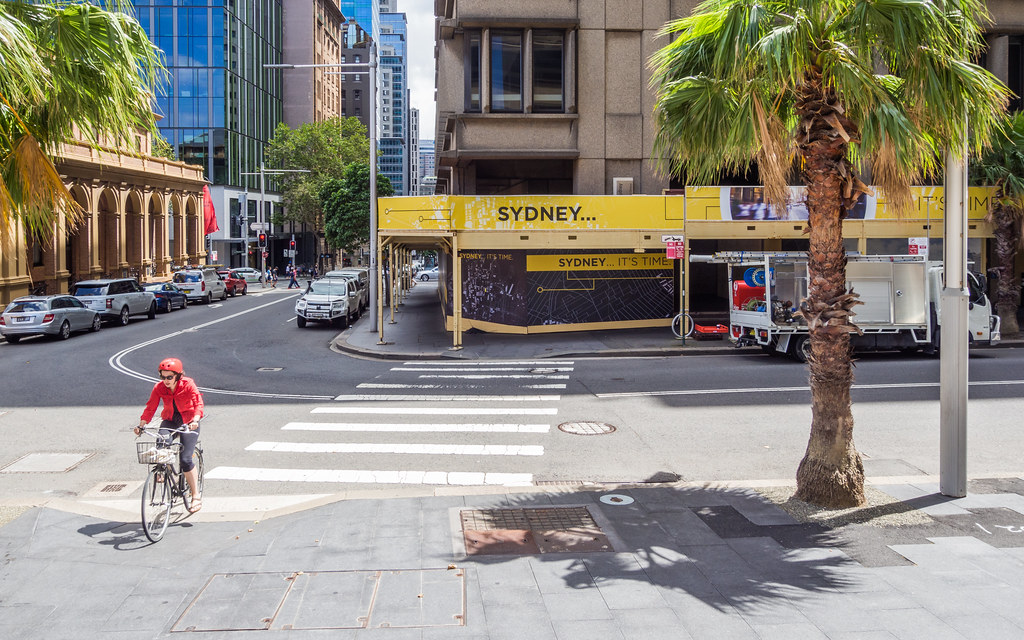 UPDATE 13-3-16;
I’ve just come across this post about #PeopleWithCameras, which includes the winning photos and a group shot of everyone who attended.
photoinsomnia.com/photography/people-with-cameras-in-sydney

UPDATE 14-3-16;
Here’s another post about #PeopleWithCameras from one of the sponsors.
www.mykalhall.photography/people-with-cameras-fujifilm-event-sydney-how-it-panned-out

Thankfully I managed to avoid making it into any of the photos in the above posts!

I went for a drive the other day out to Brim, in Western Victoria, to photograph the silo murals for Vic Pics.  I had my younger son Brad with me and we came across this be fella on one of the back roads.  He, or maybe it was a she, is a goanna (Australian monitor lizard) that was sitting on the side of the road, before walking across the narrow strip of bitumen to some trees.

I’d seen goannas in the Northern Territory back in the ’90s, but I hadn’t seen one in Victoria until now.  It was definitely something new for 12 year old Brad too! 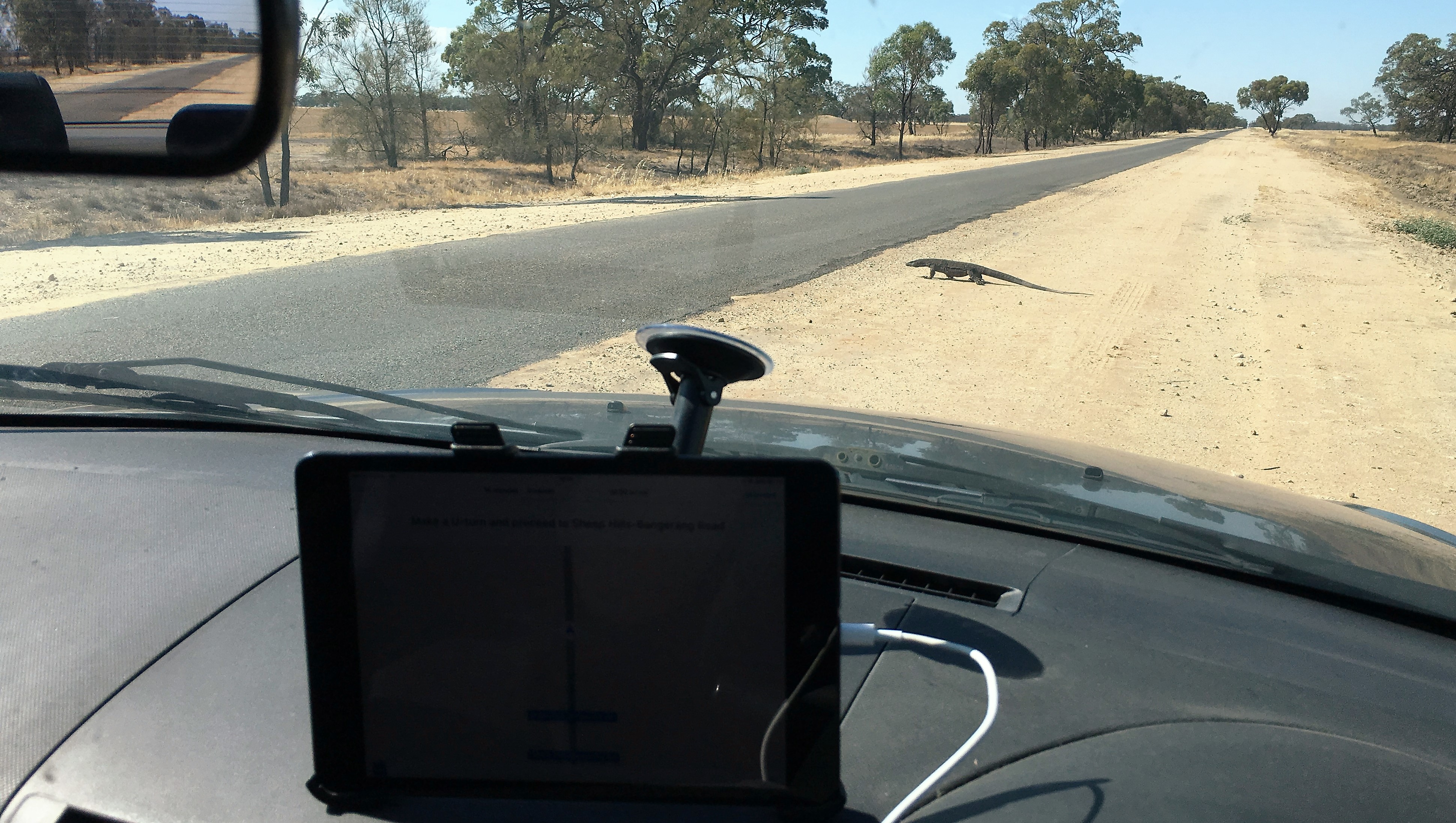