My wife and had a “date night” this week!  It’s been a long time since I’ve been out with Mandy, just the two of us, no kids.  We secured a couple of tickets to the Cyndi Lauper musical, Kinky Boots.  Not fancy seats, the second last row on the top level, but Her Majesty’s Theatre in Melbourne is such a grand old theatre that every seat has a great view of the stage. 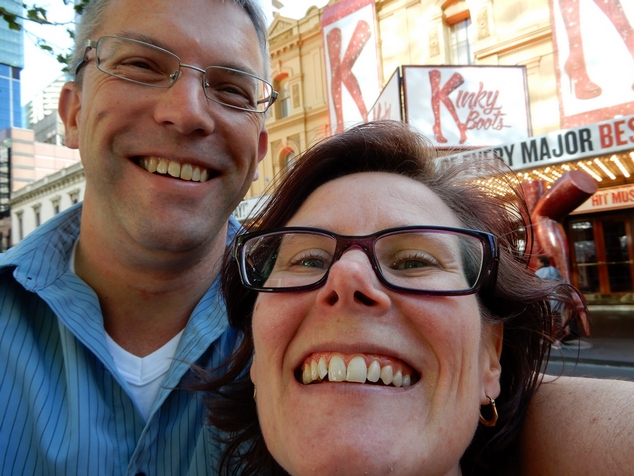 Before the show we wondered down China Town (Little Bourke St.) to find dinner.  As we passed Golden Orchids , Mandy remembered a friend had said that was a nice restaurant, so in we went.  I was really surprised how quickly we were seated and offered drinks.  An elderly couple on the table next to us struck up a conversation, they said they’d been coming to Golden Orchids for over 20 years.  According to them, the same owner (George) and chef had been there the whole time. We ordered the Banquet For Two, which was $60.  Not bad, I thought, for four courses. The satay skewers were really nice…. really, really yummy.  Mandy doesn’t normally eat satay anything, so I thought I was going to score extra, but not this time.  Not wanting to be late for Kinky Boots, we were keeping an eye on the time.  We didn’t have to worry though, each course was served quicky.

If you’re seeing a show at Her Majesty’s, Golden Orchids is just around the corner.  You wont be disappointed. 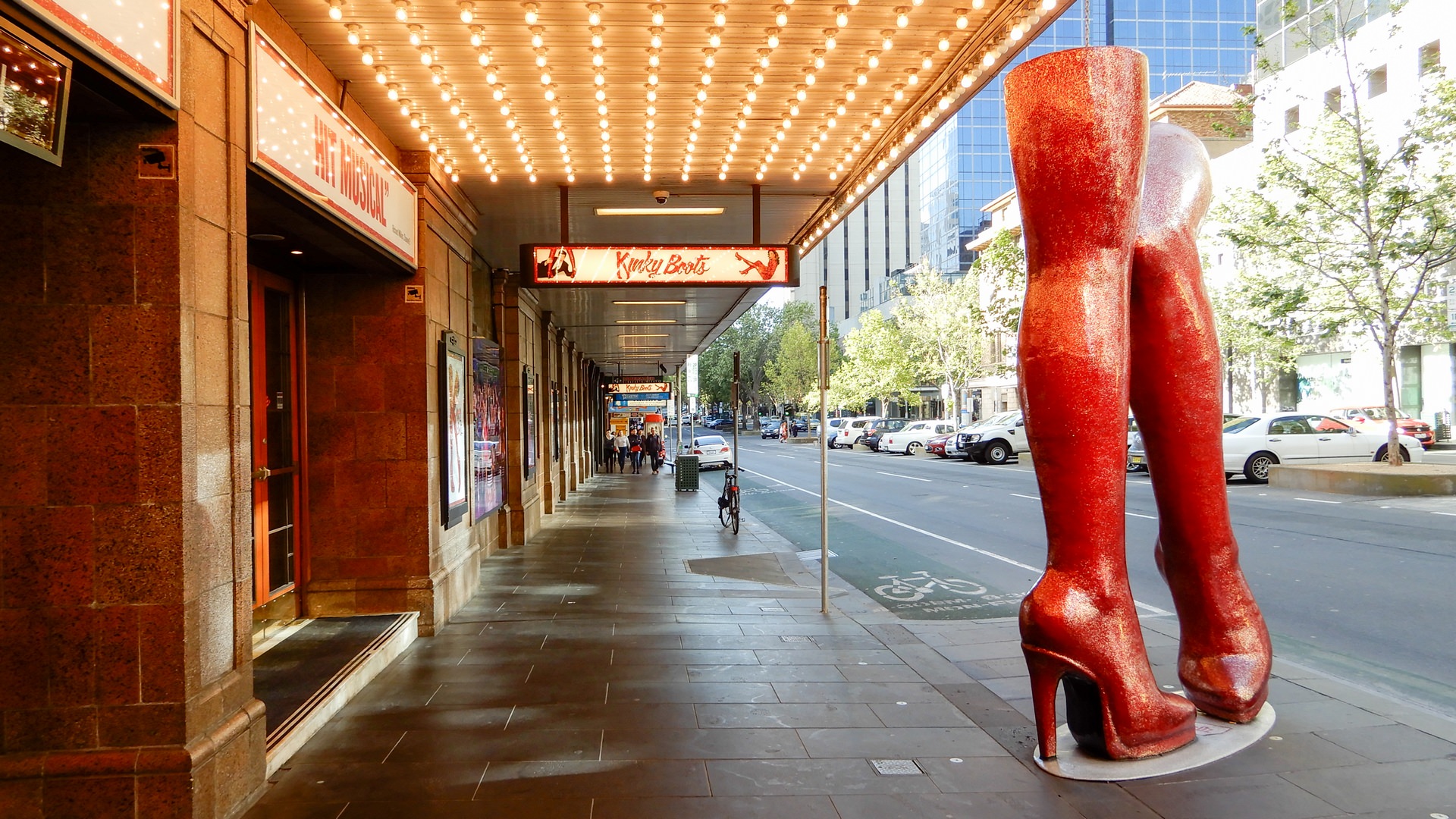 After dinner, we made our way back around to Exhibition Street and Her Majesty’s Theatre.  Whenever we go to a concert or show, Mandy likes to get some merchandise, usually a souvenir booklet and t-shirt.  The crowd was starting to build, so Mandy didn’t waste any time and headed straight for the merchandise stand. Keeping with her tradition, Mandy bought a Kinky Boots booklet and t-shirt. 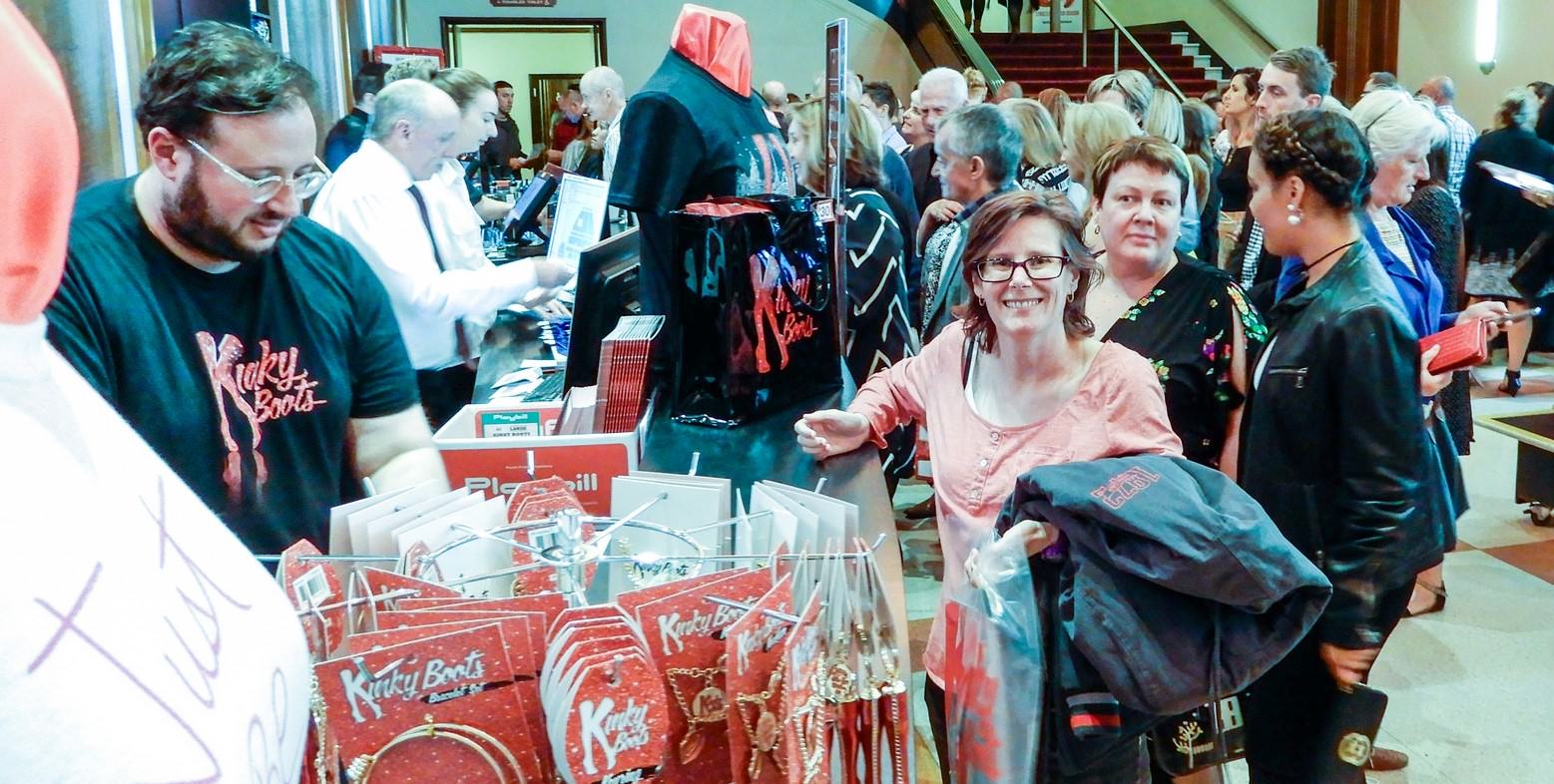 Even before the show started, the crowd was laughing at the simple message to turn off mobile phones and don’t take any photos or video of the show.  Delivered by one of the lead characters, talking on the phone to the crowd.  This setting of the rules might sound boring, but it was done well and the message got through to the audience.

Kinky Boots was great!  The basic story line is a young man (Charlie) inherits his father’s struggling shoe factory and eventually turns the business around by producing women’s boots…for men.  I was a big fan of Cyndi Lauper in the 1980’s, and I can report she hasn’t lost it.  Naturally the music is sung by the cast, but the lyrics, arrangements and performances are certainly entertaining. 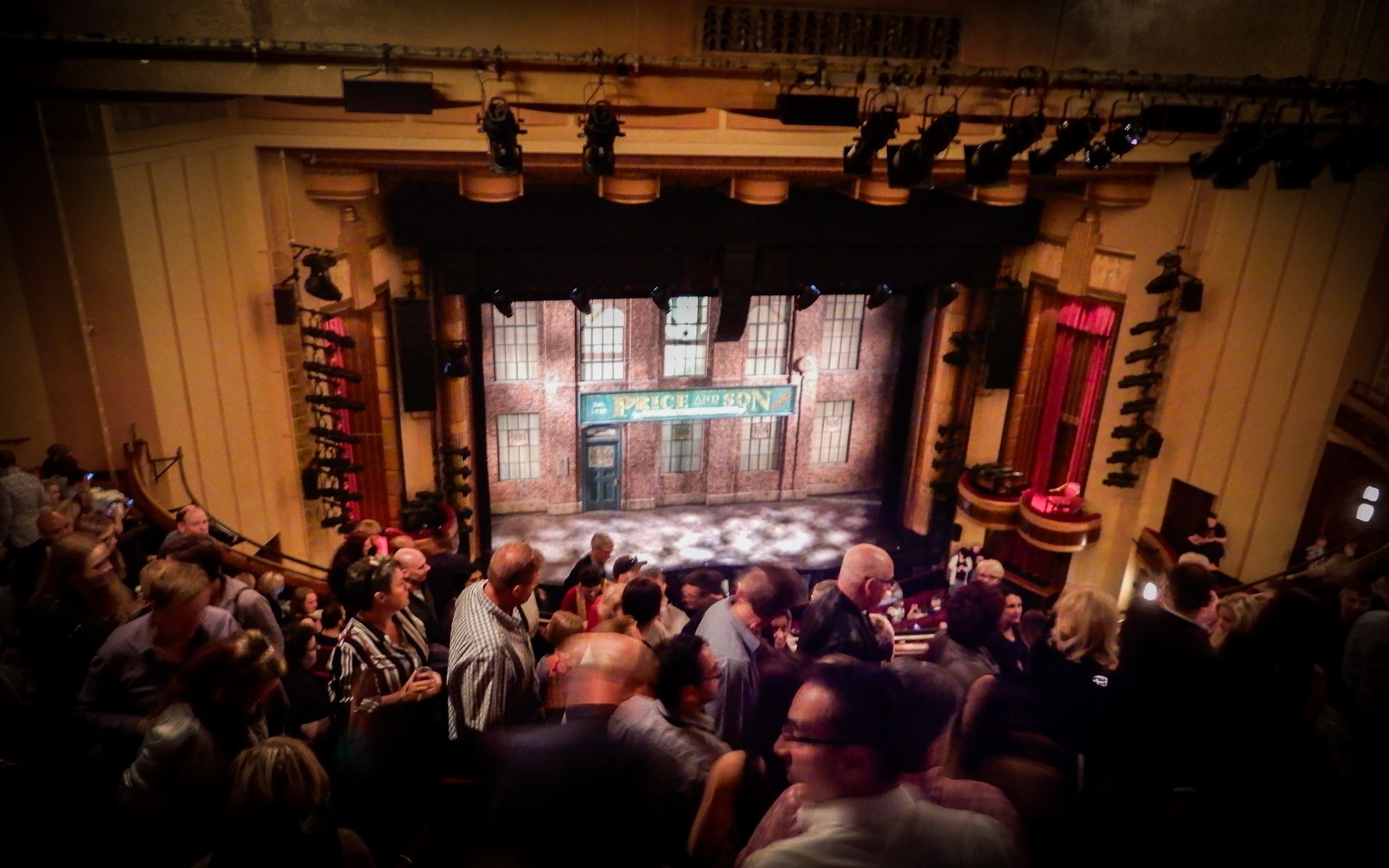 In the foyer of Her Majesty’s Theatre there are signs the read “Everybody Say Share!” with the hashtag #KinkyBootsOz, so after the show I put a few pictures on Instagram.  Over the next couple of days, I was very surprised to see leading cast members and a producer had Liked some or all of my #KinkyBootsOz posts.  The actor who plays the lead role of Charlie, Toby Francis, even describes himself as “Writer / Singer / Producer / Instagrammer”.  Yep, being an “Instagrammer” is right up there for things to have on your bio.

See it before it’s too late

The Australian production of Kinky Boots moves to Sydney in 2017.  If you’re in Melbourne, get your tickets for Her Majesty’s Theatre before it’s too late.  Mandy and I both enjoyed Kinky Boots, it was a lot of fun to watch!