Back in 2007 I joined Yahoo’s photo sharing site, Flickr, initially to share photos of my kids.  As my interest in photography grew, the range of subjects increased as well.  I now have over 6000 photos uploaded in my Flickr Photostream, but I’m not happy with their new “Photo Experience Beta” which includes a new layout and user-interface (UI).  Flickr announced this beta back in October 2013, but have not given the site’s users any further information since.  Even worse than the lack of information coming from Flickr regarding the beta, is the different layouts and UI experienced by users depending on their browser and/or log-in status.

As I mentioned in my first post on this blog, I’ve been looking around at other photo sharing sites for my photos.  Today I’ve signed up to SmugMug, a photo sharing service with beautiful displays of my full resolution photos with lots of options and customisation.

Over the next couple of weeks I will be curating my new site with lots of photos to be uploaded, a page layout just the way I like it and a custom domain name.

I will publish another blog post here when it’s good to go.  Watch this space! 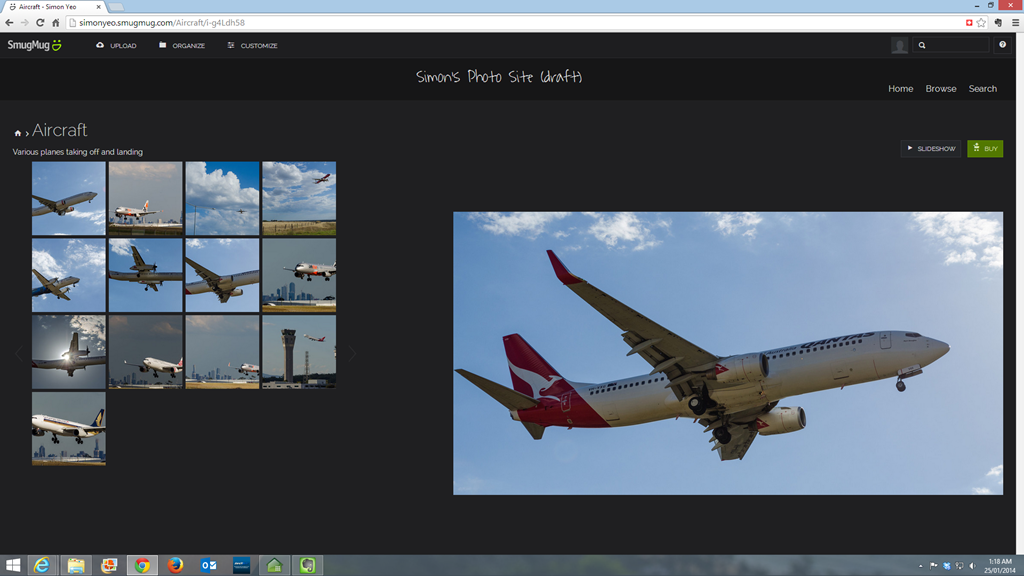