Kids footy and food over the years

Back in 2006, my oldest son was just six years old.  We were living in Narre Warren and Josh went to AFL AusKick at the local footy club.  Josh’s little brother, Brad, would come along and watch Josh have a kick, but he was too young to participate.  Sometimes we would all have a little kick together afterwards, and we would always have a hot meat pie to warm us up on those cold mornings before heading home. 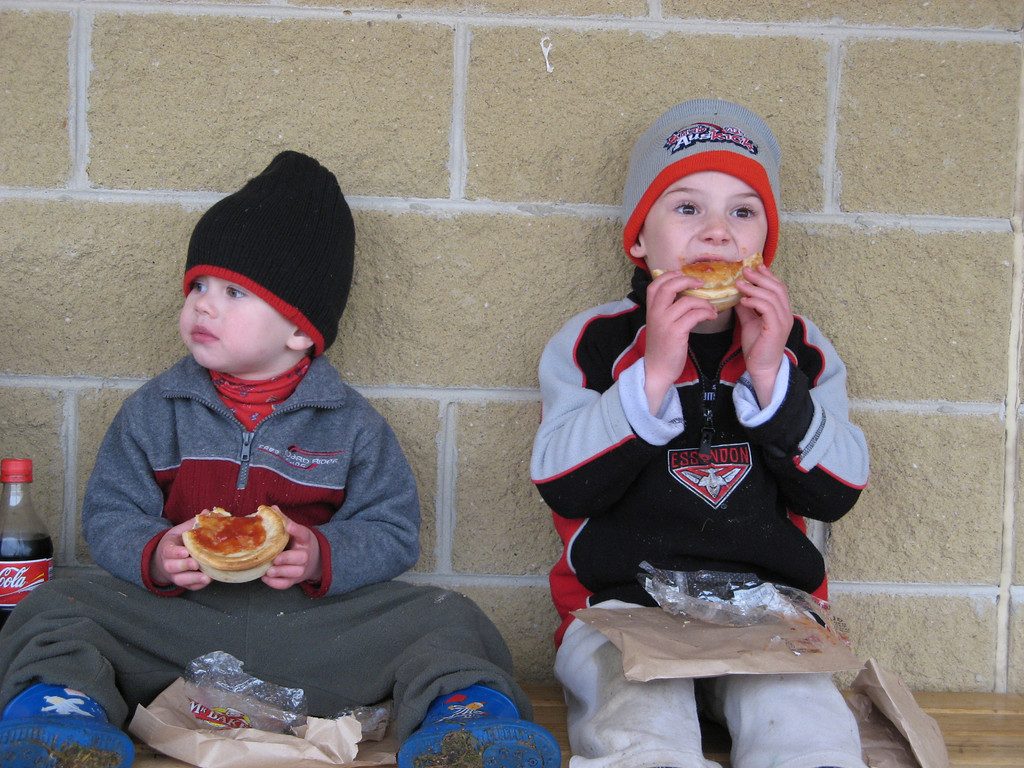 Fast forward nine years and Josh has lost all interest in football, but Brad lives and breathes AFL.  We now live in Pakenham and Brad plays for the Under 12 (div3) team.

This week, Brad’s team played Narre Warren at their ground – the same ground Josh did AusKick on in 2006.  After today’s game, the boys sat on the same seat for an after game snack – just like the “old days”.  Not much has changed in nine years, except the boys are both much bigger, and they now have a little sister, but for me it was the same – enjoying a pie after junior football. 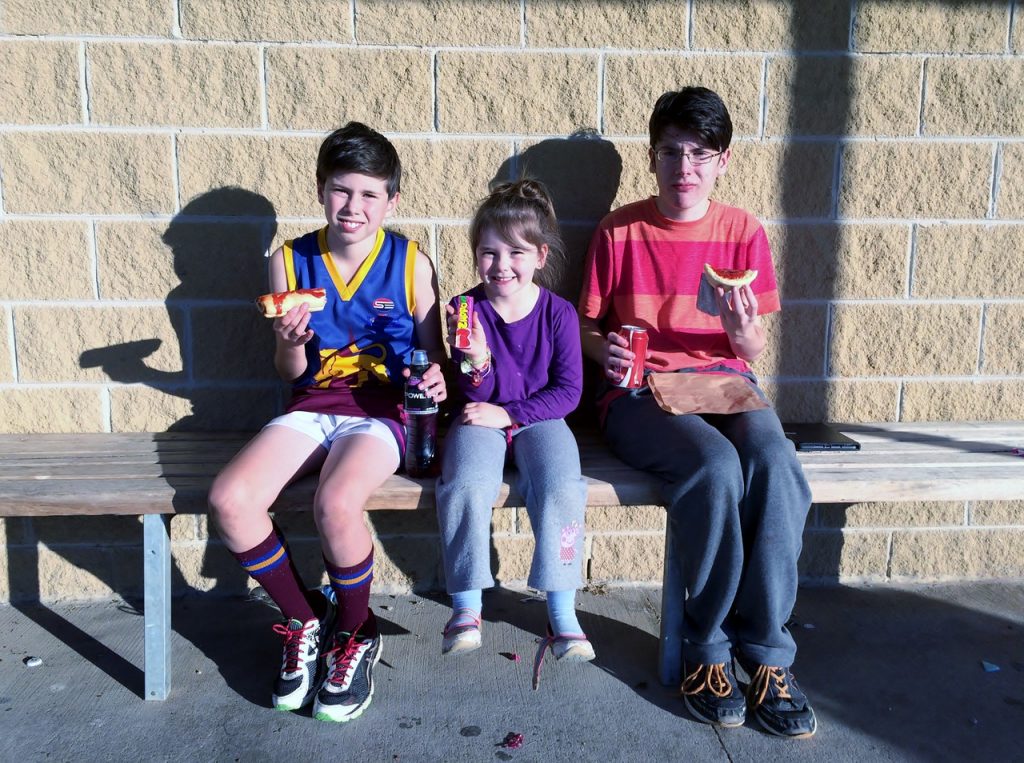