Merged VicPics and Pics of Melb

After almost a year of juggling two photo website blogs, with overlapping content, I’ve merged “Pictures of Melbourne” from www.pictures.melbourne with Vic Pics at www.vic.pics  Pictures for both sites were actually hosted in the Vic Pics Gallery, so now there is just one gallery site, gallery.vic.pics, and one blog, www.vic.pics 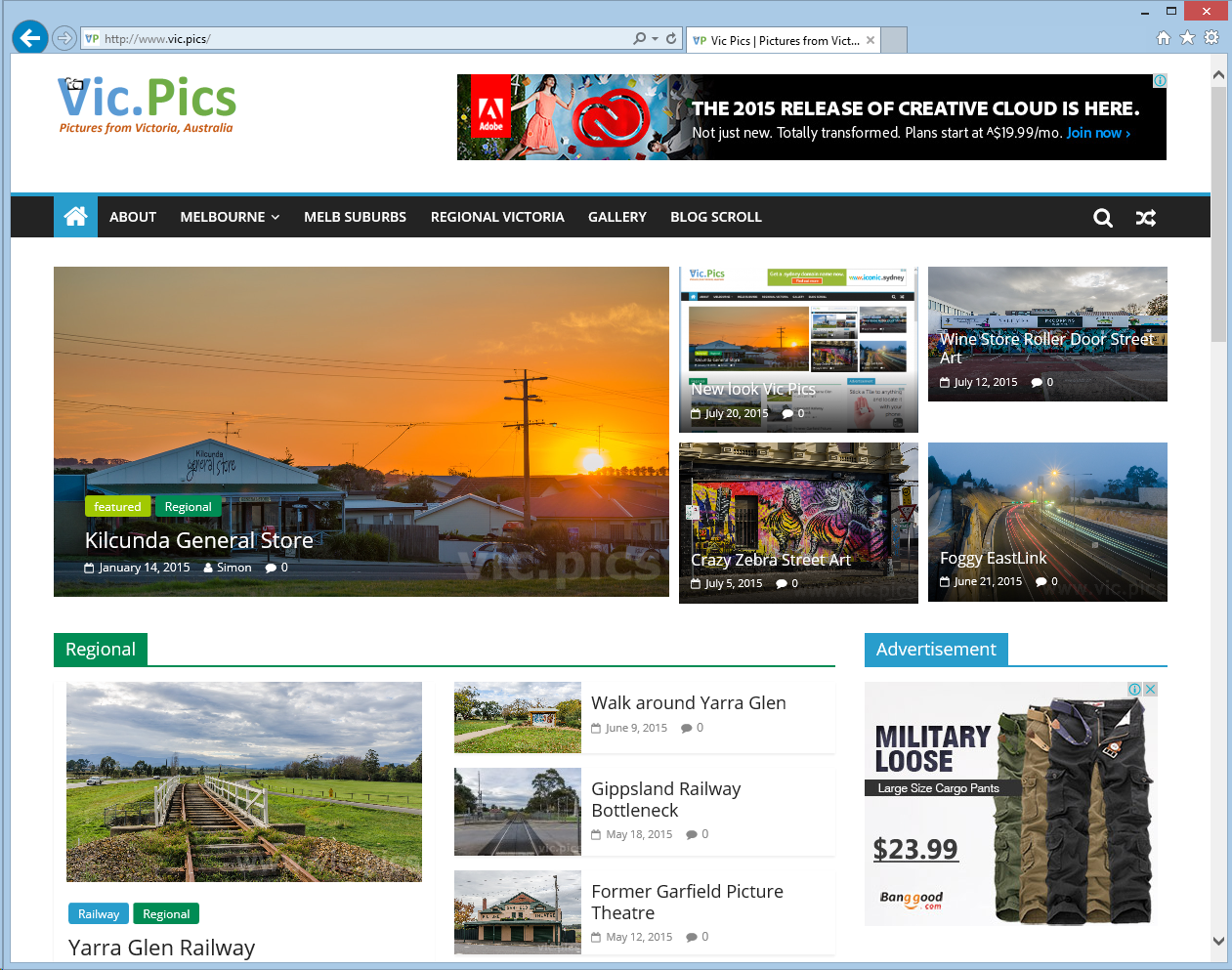 Originally I was just going to do a blog featuring pictures of Melbourne and applied for the “pictures.melbourne” domain name.  At that stage the dot-Melbourne domains were still in pre-registration.  To qualify to pre-register you needed a matching dot-au domain name, except I didn’t read the bit about “matching” and just used my simonyeo.id.au name in the application.  Months later I was told that I would be unsuccessful because the requested dot-Melbourne and my dot-au domains didn’t match.

Meanwhile I had heard about another new GTLD (Generic Top Level Domain-name), dot-pics, and had the idea for vic-dot-pics and was able to register www.vic.pics straight away.

More months later I was told nobody else had expressed any interest in www.pictures.melbourne so there would be no refund of my application fee and that domain was now mine.  So now I had two picture domains, so I started two picture blogs (and the gallery as a sub-domain to vic.pics).

If you’re not really into blogging, digital publishing or domain names, then this is probably a bit boring or hard to follow.  Suffice to say then, running the two blogs separately as “sister” sites just wasn’t working.

I also took this opportunity of change to update the WordPress Theme used for Vic Pics and give the site a new look and feel.  It’s now running the ColorMag theme by ThemeGrill.

To see and browse my new Vic Pics, incorportating the old Pictures of Melbourne site, head over to www.vic.pics