We took a minor (250km) detour to Bathurst on the way to meet up with my cousin Danny from Queensland, he’s involved with a car that was racing at Mount Panorama that weekend.  I don’t like the drive between Bathurst and Sydney, this time it was worse as the fog and rain came across the Blue Mountains.

The footy game was on Saturday night, so earlier in the day I thought we’d go for a drive in and around Sydney, just for a look.  Unfortunately  we didn’t see much except lots of rain, rain and more rain.  We did drive across the Sydney Harbour Bridge a couple of times and ended up at Manly Beach, but didn’t even get out of the car because the rain just didn’t stop.

At ANZ Stadium that night for the footy, the rain had eased off to a drizzle, but was still constant.  After a terrific start in the game, Essendon ran out of puff in the last quarter and lost to Sydney.

The Sun was actually shining on Sunday morning as we headed off towards Canberra.  Once in the capital that afternoon we visited the Royal Australian Mint to see where all our coins are made, and then to the Australian War Memorial.

Monday morning the rain had returned and it was time to start heading towards home, but on the way we visited the NASA Deep Space Tracking Station at Tidbinbilla (south of Canberra).  After checking out the radio telescopes we headed through Cooma, Gippsland and home to Pakenham – just over 4000km for the weekend. 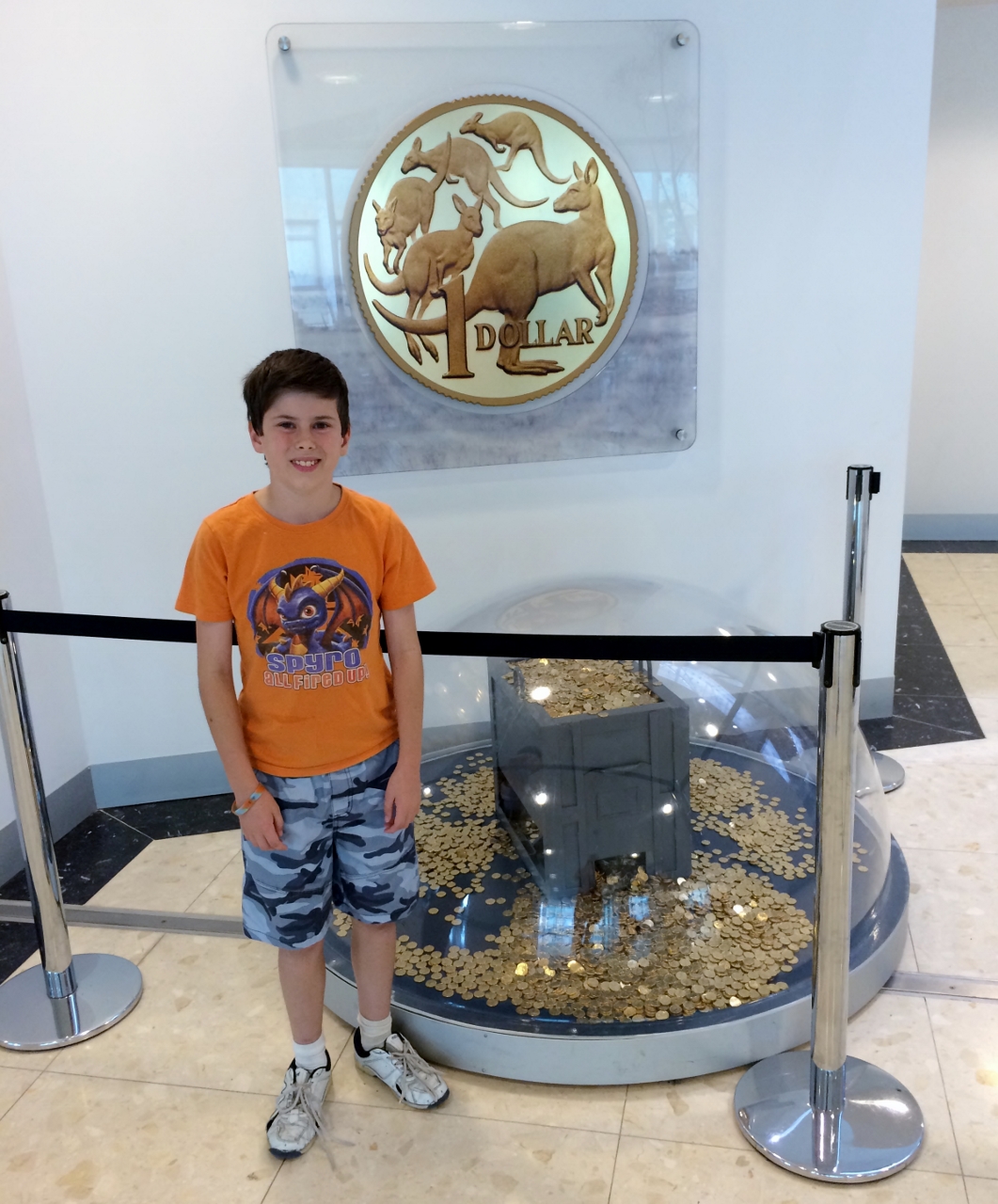 Brad looking for free samples at the mint!