Eleven years ago we bought one of the first flat widescreen televisions with a digital tuner.  Prior to that most people were using a set top box to receive the digital channels, or persevering with an analogue set.  Many households struggled to squash a widescreen 16:9 digital signal from their set top box onto an old 4:3 CRT television, or stretch the 4:3 analogue signal onto their new widescreen TV.

In 2007 our 40 inch Sony finally allowed us to throw away the set top box, but in 2018 that TV doesn’t receive most of the secondary digital channels (like 7Flix or 9Life).  We had gone back to having a set top box (that actually lived underneath the set) in the form of a PVR (Personal Video Recorder) with modern digital tuners to ensure we could watch all the channels, there was also a Telstra box for streaming digital content like Netflix and YouTube.

The old 40 inch Sony cost well over $2000 when new in 2007, in 2018 we paid just $1100 for a 55 inch Hisense set that can receive every channel, as well as most streaming services, and has a PVR function available simply by plugging in a USB thumb drive.

The other revelation in 2007 was Full HD, while in 2018 most new television sets offer Ultra HD 4K resolution, giving us four times the available picture clarity.  While the free to air broadcasters still only offer SD or HD, many of the streaming services do have 4K content. 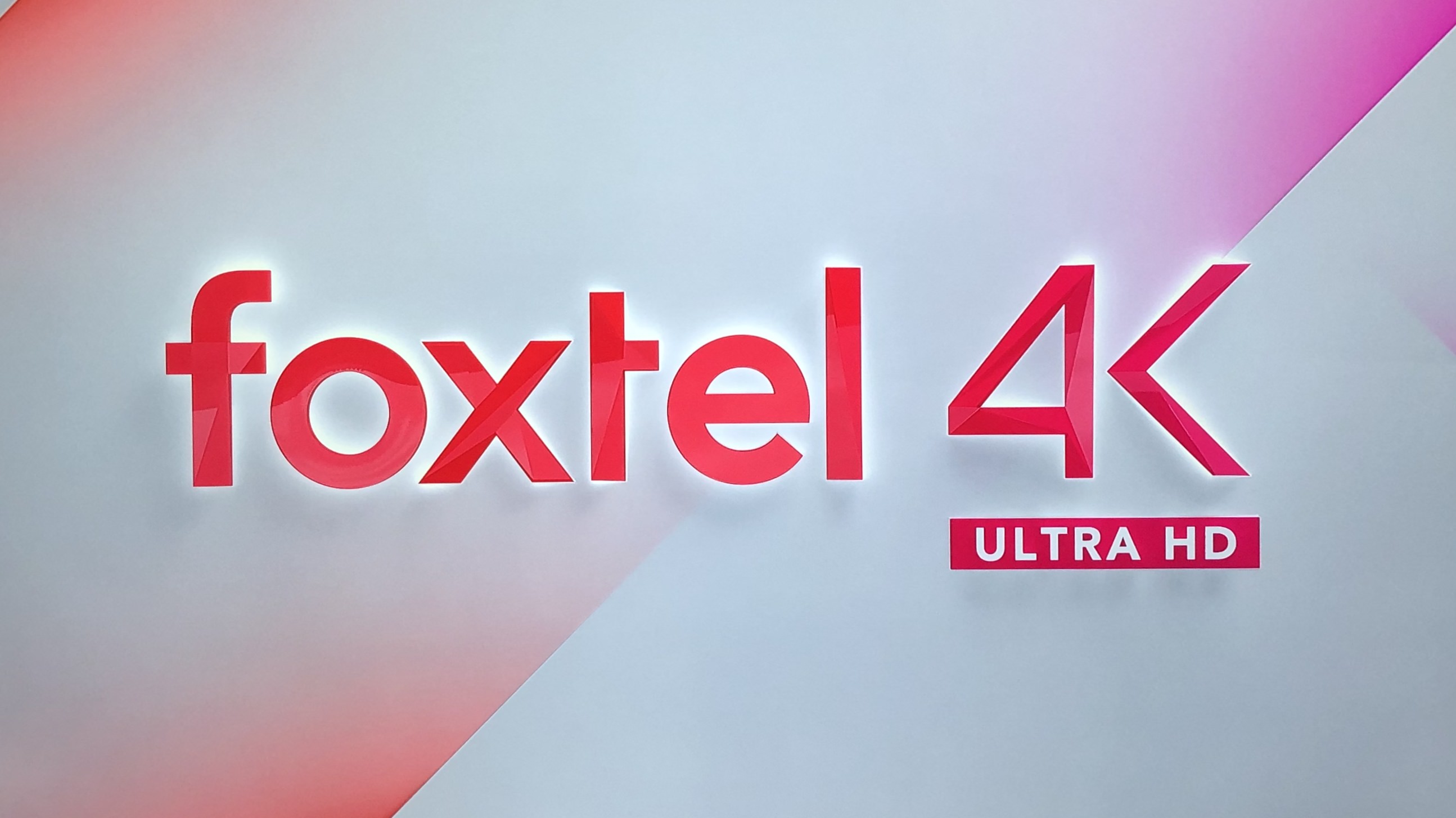 See any pixels? This is a photo of our new TV screen on the Foxtel 4K channel, taken with my iPhone.

Pay TV provider Foxtel recently introduced a 4K channel, that was being made available to subscribers on the Sports HD package.  We subscribe to Foxtel’s Sports HD package to watch football, which means we can also get the 4K channel, simply by upgrading our Foxtel box (for a small fee).  Seeing as we’d just upgraded to a 4K television, I thought we may as well upgrade the Foxtel box to get their 4K content.

Watching live 4K sport blows my mind!  The picture quality is amazing with way less compression than the online streaming services, and never any buffering, because the signal comes from the satellite, rather than internet.  Even thinking about the technology is fascinating, the bandwidth required to get the ultra high definition signal from the venue to the satellite in real time is huge, not to mention the capacity of the satellite its self.  Foxtel only has the one 4K channel at the moment, but there’s no doubt that will increase as their network capacity grows.

I can’t help but wonder what television will look like in another eleven years.  Will we be upgrading to 8K?

Just upgraded my #Foxtel to the iQ4 box, really impressed with the #4K picture on ch444. Looking forward to some awesome sports coverage and hopefully more 4K channels in the future.@Foxtel @FOXSportsAUS @FoxCricket #iQ4 #iQ4K pic.twitter.com/DXdlrv9ZKt