Just like in America, Australia had big Black Friday retail and online sales last weekend.  These sales kicked off a month of Christmas shopping, but where did Black Friday come from and did I personally pick up a bargain?

When I was growing up in the ’70s and 80’s, the term Black Friday was used to commemorate the disastrous 1939 bush fires.  Any occurrence of Friday the 13th might also be referred to as Black Friday.  In recent years Australian retail and online sellers have adopted the term from the United States to name heavily discounted and promoted sales over the last weekend in November.

The push to use the term “Black Friday” for sales and discounts in Australia at the end of November, may have come from the American online seller Amazon, who launched their Australian operations in 2017.

Black Friday in the USA

In the United States, the Friday after the Thanksgiving public holiday has been synonymous with big sales since the early 1950s, with the term “Black Friday” being traced back to 1962. One theory for the origin of the term is that it allowed retailers to get their balance books back into he black, instead of the red ink to signify a loss of money.

Check out the Black Friday Wikipedia page to learn more.

Browsing on my phone at lunch time on Friday 23rd November I spotted a great deal for the new GoPro Hero 7 Black.  Normally selling for $599 in Australia, Amazon had a Black Friday price of $505, with their sale running until Monday.  My wife said I could shout myself an early Christmas present, so I logged on to Amazon that night to place an order, only to find out the same GoPro was now listed at $547. 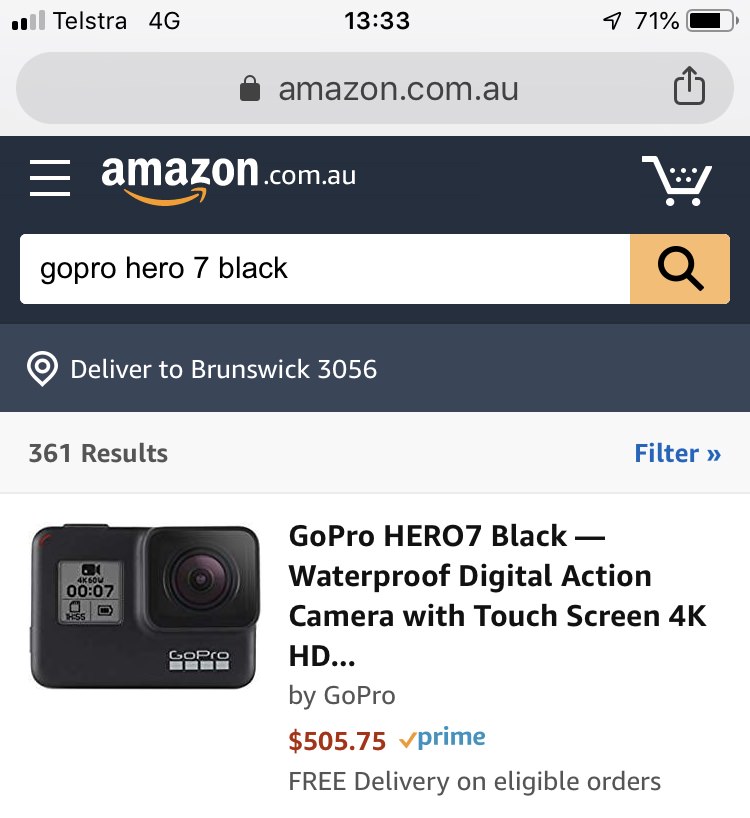 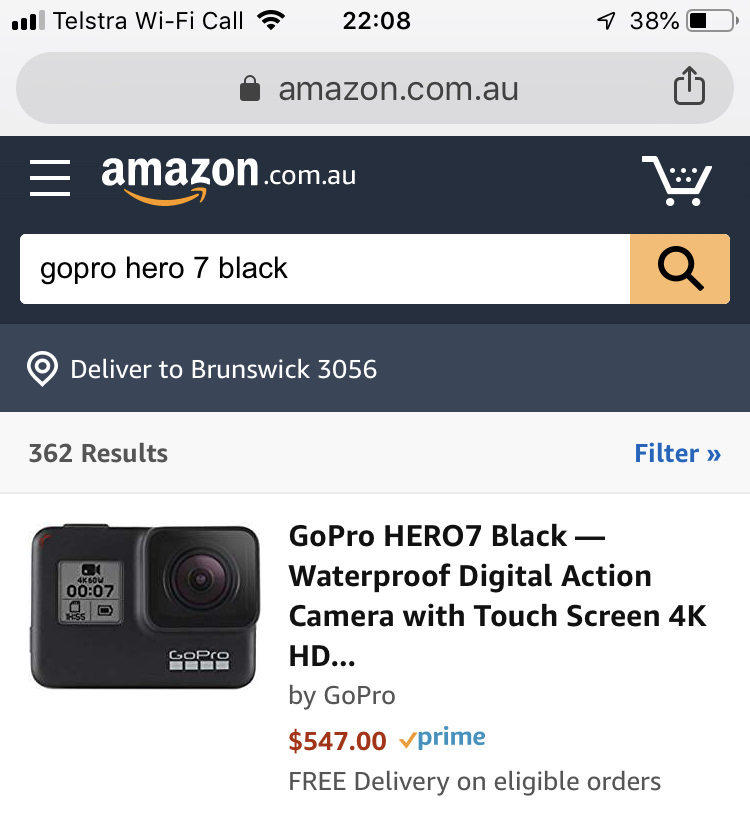 The next day, Saturday, Amazon Australia tweeted “only three days left” for their Black Friday bargains.  I replied asking if I could still get the GoPro at the lunchtime price, but only got a generic reply about not price matching.

3 days left to bag a bargain on tech, toys and more at Amazon’s #BlackFridaySale. Get in quick, sale ends 26 November. https://t.co/MkReVjah3I pic.twitter.com/4EvF60Fmnq

Any chance of still picking up the GoPro Hero 7 Black at yesterday's price? pic.twitter.com/VLooIXe5rL

We do not offer price matching. We recommend watching the site for any deals you wish to get. ^BE

I'm not asking you to match the price from another site, the #GoPro Hero 7 Black was on @AmazonAustralia at lunch time yesterday for $505.75 (see screen shot). The sale goes to 26th Nov so rather than buying on my phone I waited 'till I got home and it had changed to $547

Far from impressed with Amazon’s floating price and poor customer service response on social media, I started looking around at other online deals and found a good deal at Teds Cameras, $510 for the GoPro Hero 7 Black – plus a free gift! 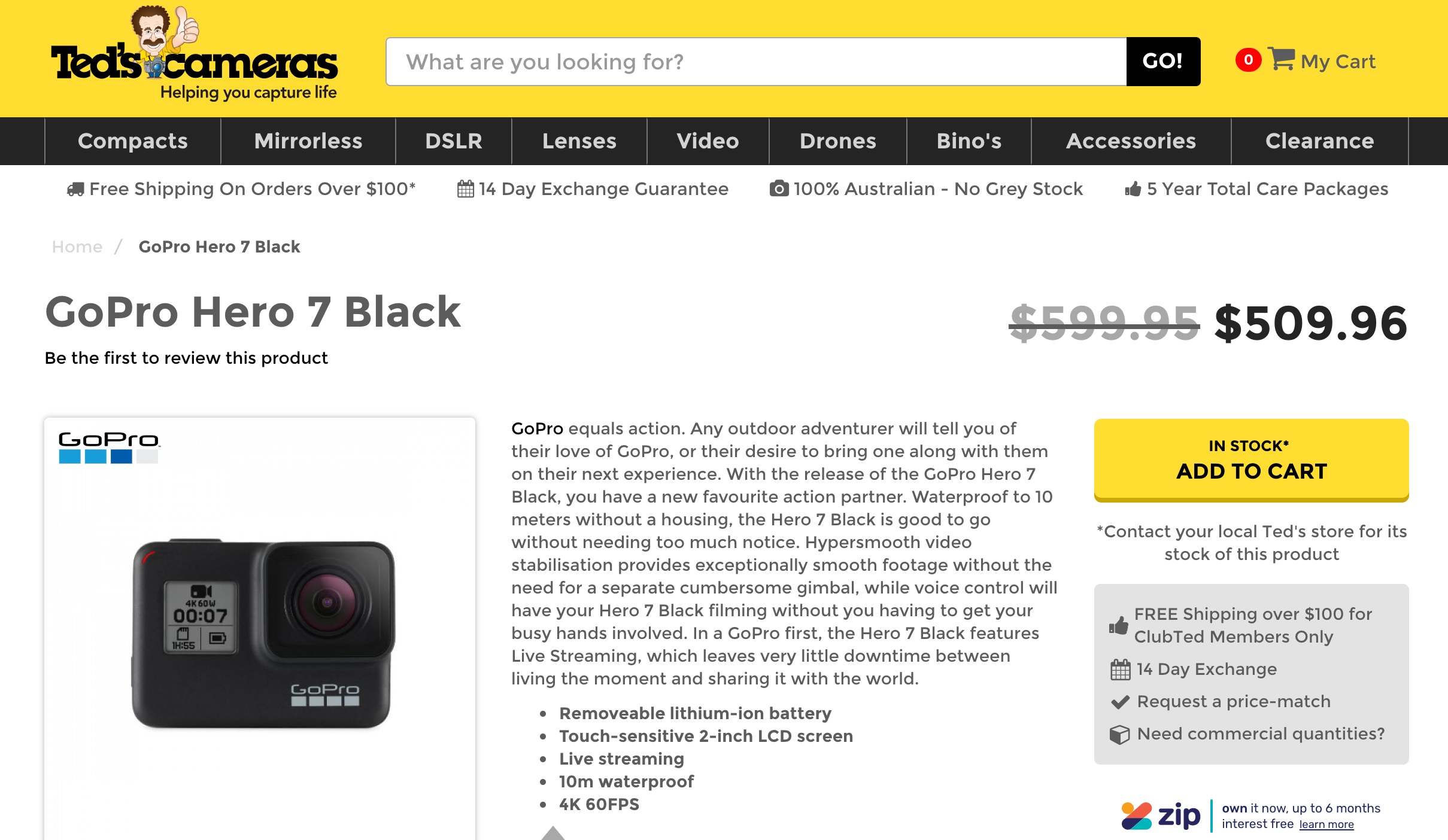 Imagine my surprise, and frustration, when I see Amazon Australia reduce the price for the GoPro Hero 7 Black on Cyber Monday.

(The term “Cyber Monday” comes from the early days of online sales in America, when buyers would wait until they went back to work on Monday to utilise faster internet in the office.)

Monday the 26th was supposed to still be part of Amazon’s Black Friday sale, but for Cyber Monday their price for the top of the line GoPro had dropped to $494. 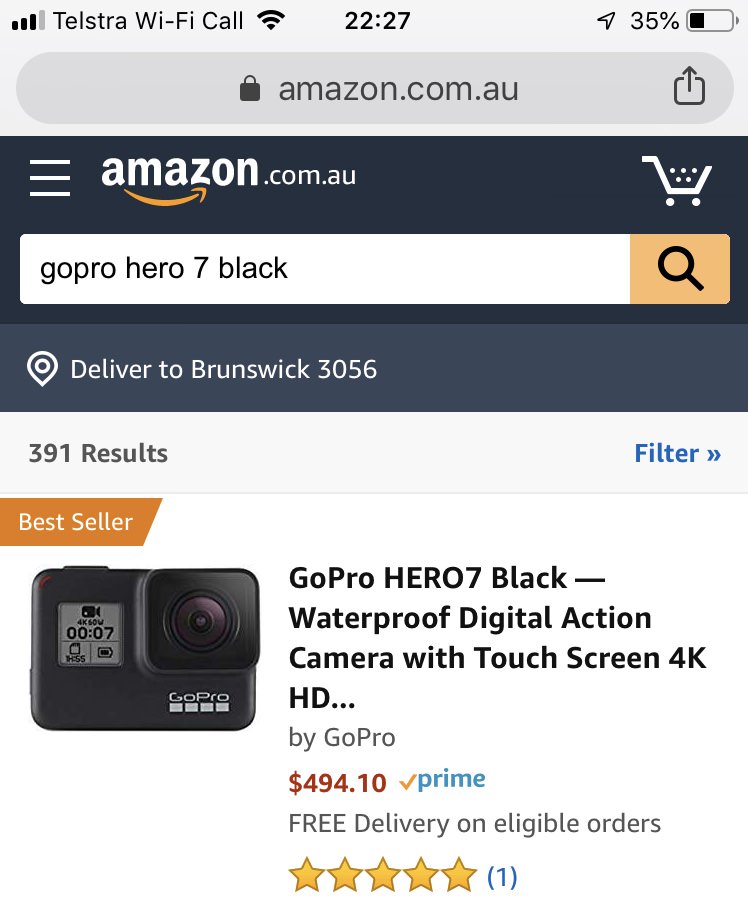 So it’s too late to worry about Amazon snubbing me, then going a few dollars cheaper anyway.  I’ve placed an order with Ted’s Cameras, so I should have my new GoPro within in a few days… Wrong!

On Tuesday 27th Teds sent me a text saying there may be some delays because Black Friday was a huge success.  Now a week after placing my order, I’m still waiting for delivery and Ted’s sent me another text today saying they received 8 times their normal orders over their Black Friday sale.  They hope to despatch mine ASAP. 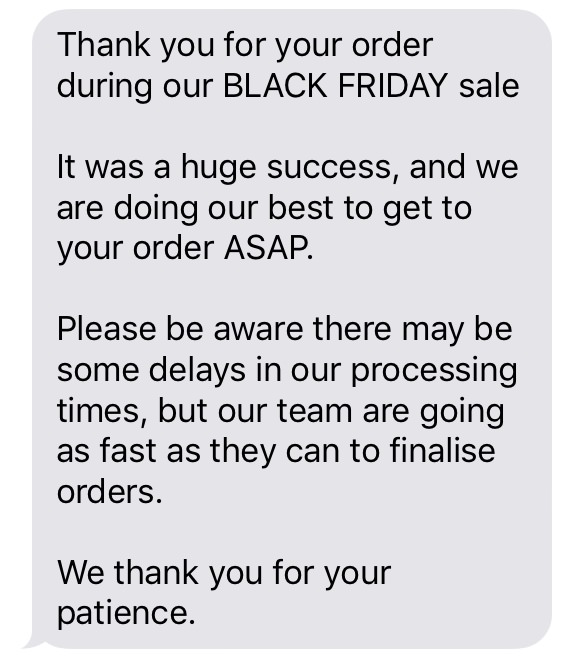 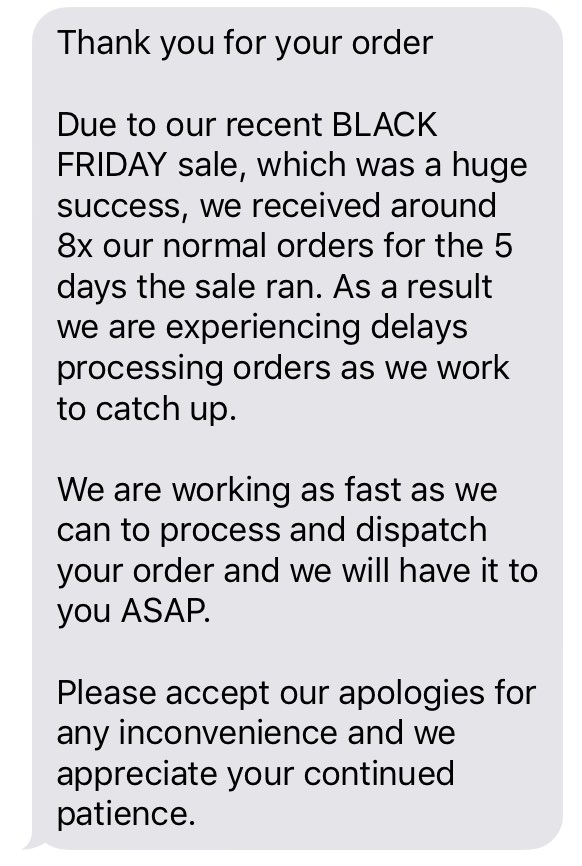 Amazon surprised me with their low prices for the new GoPro Hero 7 Black, but the fact their price was constantly changing was terribly frustrating.  Had I stuck with Amazon though, I would’ve had my new toy within a couple of days.

I am so glad I found an almost as low price at Ted’s Cameras, but frustrated they didn’t foresee the sales spike over the Black Friday weekend.  When I check the status of my order online, a week later it still says “allocating stock”.

When the GoPro Hero 7 Black does finally arrive, I expect I will have lots of fun working out exactly what it can do.

Two weeks after placing my Black Friday order with Ted’s Cameras, I still don’t have my new GoPro.  Last week I logged on to check the status of my order, which said they were still “Allocating Stock.  An online chat with Customer Service advised they had to wait for another shipment from GoPro, but stock should start going out soon. 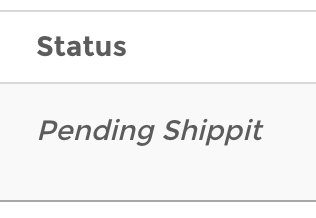 The status of my order has now been “Pending Shippit” for several days, which I guess means it hasn’t even been dispatched yet. 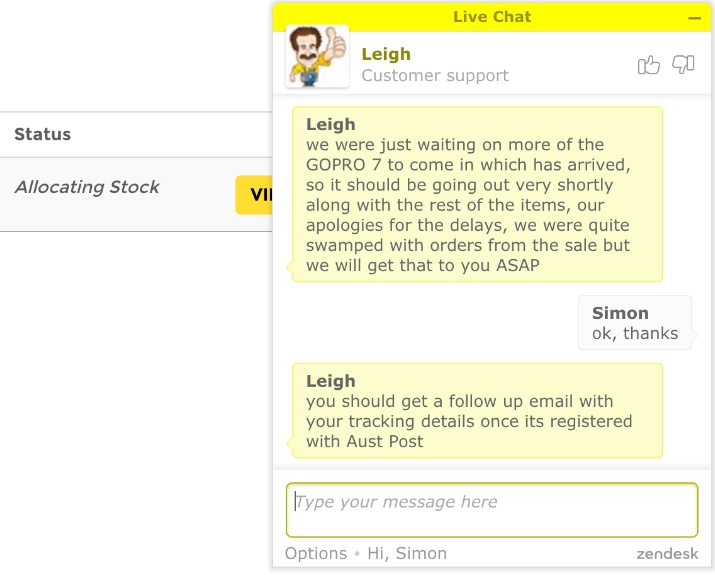 One month after placing my order from Ted’s Cameras, during their Black Friday sale, I finally received the last item today.  This blog post was supposed to be about Black Friday sales in Australia, but instead it has turned into a commentary on the poor delivery logistics from this major photography retailer.  Ted’s don’t send out orders from a central warehouse, but instead from individual stores, which can mean multiple shipments from which-ever store has the stock.

Multiple stores sending out multiple shipments to cover one order can lead to mistakes, which it appears is what happened to my order.  Thankfully Ted’s Customer Service team are very helpful, including dispatching the final item based purely on an angry tweet from me.

I also had issues with the Australia Post or Star Track delivery drivers not doing their job properly.  Maybe I’ll do a follow-up post about all of this after Christmas, stay tuned!