If you’ve been following this blog, you might have seen previously that I like to photograph gadgets and technology, especially any new “toys” we get our hands on.  Well we recently signed up for Foxtel through Telstra, and part of the deal was a free Samsung Galaxy Tab3 tablet computer.

We didn’t really need another tablet computer in the house, but it did present another opportunity for some gadget photography.  You can see the end results here… http://www.simonsphotosite.com/Cameras-and-Tech/Samsung-Galaxy-Tab3/

Photos you take when you’re too busy to take photos

Well it’s been a busy couple of weeks.  Between work and family commitments, the DSLR hasn’t seen the light of day for a little while, but that doesn’t mean I’m not thinking about or taking pictures. 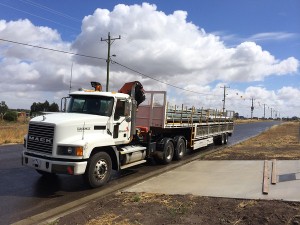 At work I’m taking lots of “arse covering” photos, with either my employer’s little point-and-shoot or my iPhone, just in case there’s any complaints about the deliveries I’ve made.  Sometimes when I’m doing this I’ll notice good lighting on the truck, or some nice scenery, and will snap off some extra pics.

Last night I had to make some repairs to my son’s laptop, but before I grabbed the screwdrivers, I pulled the DSLR out of the cupboard – not for a photo shoot, but to record where things went as I dismantled the computer (to get to the non-working cooling fan) in-case I ran into trouble putting it all back together again afterwords.  In the process of doing this, I actually got a couple of nice macro shots of the laptop parts. 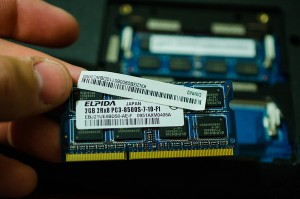 Back in 2003 I ordered a desktop computer through Dell, and specified the contents as high as I could.  Back then a Pentium4 with Hyper Threading, a huge 1GB of RAM and a second hard drive with a whopping 80GB extra storage was a really good system.  Over the years there were upgrades to the graphics card, memory and hard drives.  The old Dell served me well, until a few months ago when it finally died.

It was time for a new computer.  I thought about a laptop, but I already have a Netbook and iPad, so any portability concerns were covered.  Also, the storage capacity of laptops are generally limited to a single 2.5 inch hard drive, and the potential for future upgrades of other hardware is limited.  I looked at Dell desktops again, but they don’t seem to allow as much customisation as they did 9 years ago.  Dell also seemed pretty pricey for what you get.

Looking at various hardware vendors, I realised I could build a PC exactly the way I wanted much cheaper than the major brands, and still allow room for future upgrades so that this computer will last many, many years.

I hadn’t assembled a computer from scratch before,
but having performed numerous upgrades and repairs to friends and families computers over the years
(as well as my old Dell), I was confident in the build. 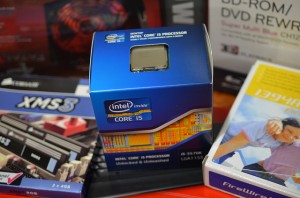 The heart of my system is the Intel Core i5-3570K,
it is unlocked if I decide to go down the over-clocking road and incorporates the best Intel graphics.
I’m not a big “gamer” so I’m hopeful that I wont need a dedicated graphics card,
but if I do the motherboard has the slots needed. 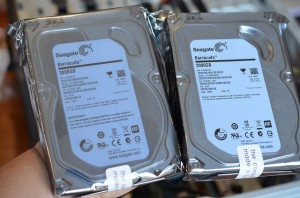 I’ve purchased two Seagate hard-drives for the new system to give me a total of 5TB of storage.
The 2TB drive is partitioned to keep the Operating System separate from everything else,
this will allow for easy re-installation when needed.
(UPDATE: The 3TB hard drive died less than 4 years later)
Building my “Homebrew” computer. 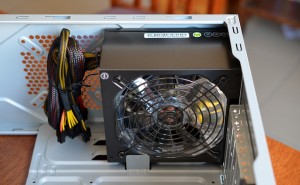 First-up in the build was installing the power supply into the case.
I chose a modular PSU to minimise the amount of unused cables in the case. 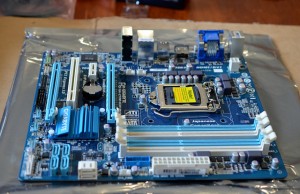 Next, it was time to fit out the motherboard… 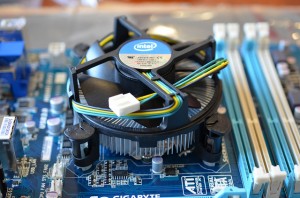 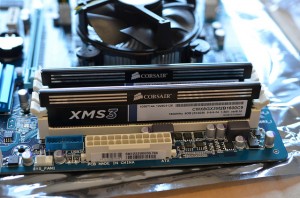 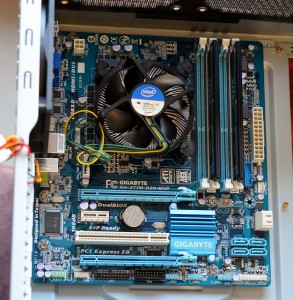 With the basics now fitted to the motherboard, it can then be screwed into the case… 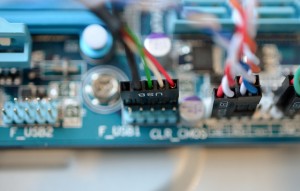 …and it’s time to start plugging in. 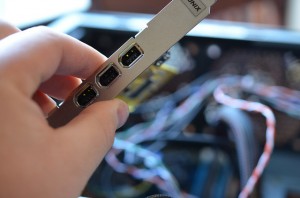 With a computer that can now competently handle video,
I’ve installed a Firewire card so I can download home videos. 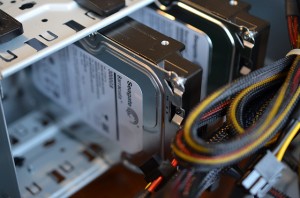 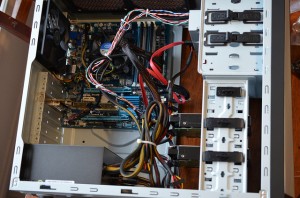 …and tidy up the leads with cable-ties.
Time to fire-up the new machine and install an Operating System. 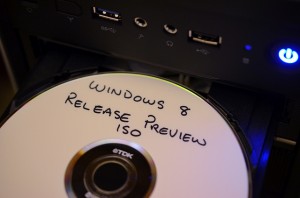 With the public release of Windows 8 only a month or so away,
I didn’t want to buy an obsolete O.S, so I’ve installed the “Release Preview” for now.
Finally I need to get all of my old data onto the new machine. 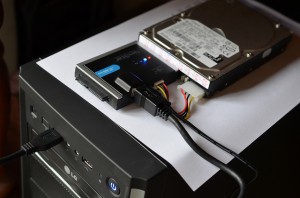 With the HDDs removed from the old Dell machine,
my “NexStar” adaptor can connect to both SATA and older IDE drives,
sending data to the new PC via USB3.

I’ve just installed the Windows 7 Release Candidate onto a friend’s son’s old Dell Latitude D600 laptop. The only problem was no DVD drive on this old hardware (CD only). Once I worked out how to boot from a USB thumb drive, installation was easy. It’s amazing how well Windows 7 runs on old, low spec hardware. You wouldn’t have a chance getting Vista to run on the same machine. 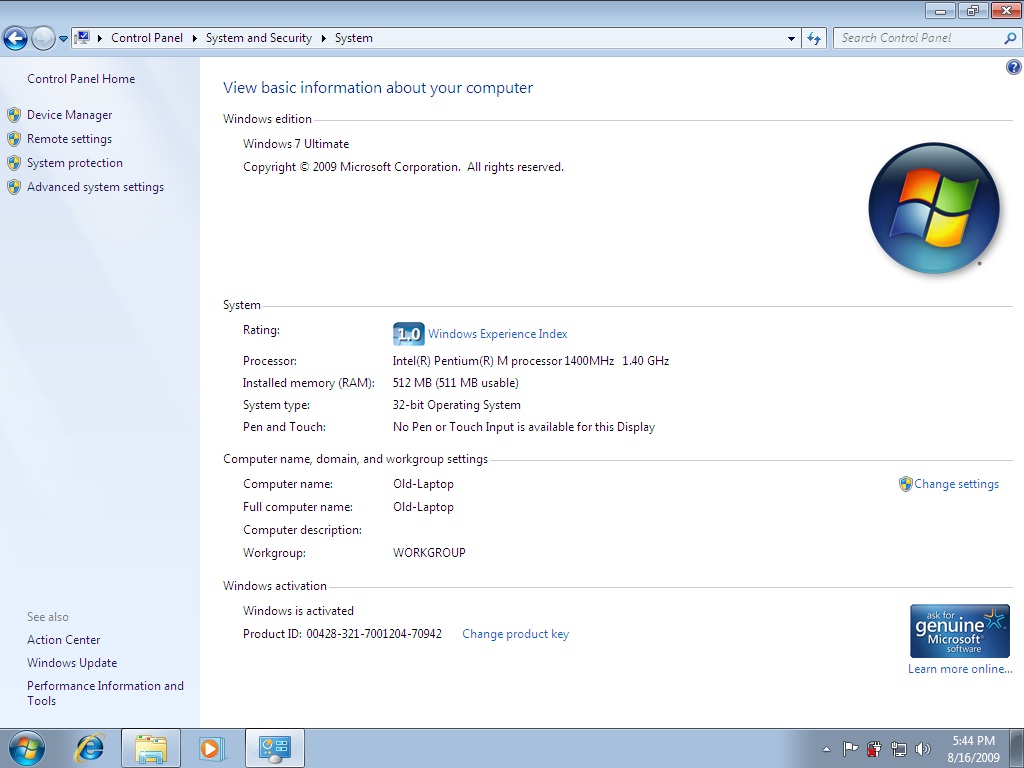