My eldest son turned 16 this week, and with a bit of encouragement from Mum and Dad, he studied the Vic Roads book and got his Learners Permit.  When I was driving Josh out to the Warragul Vic Roads to take his test I was asking him about the various things in the car and was really surprised to find out that he had no idea.  He didn’t know which pedal was which or what they did.  My parental role as a driving instructor was really going to start from scratch!

For his first drive we went down to the industrial estate at around 7pm, so there was hardly any other traffic.  My car has a manual transmission, so my first challenge was to explain the clutch pedal and gears.  Josh actually did better than I expected, but he did stall the motor a few times and got stuck trying to start in 3rd gear when we thought he had it in 1st.

These days we need to keep a log book of time and kilometres spent learning, so I was surprised to work out that Josh drove 6km around the industrial estate in that first hour lesson.  Hopefully the nerves of his mother and I will survive the next two years as he logs at least 120 hours of learning before going for a probationary licence after he turns 18. 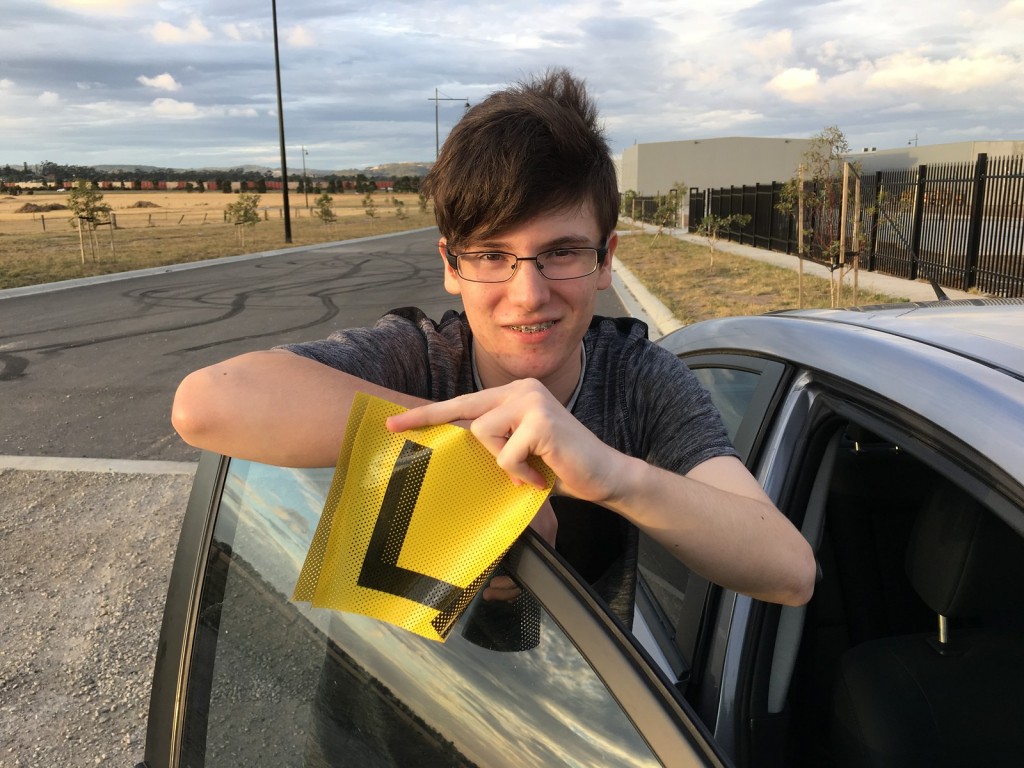 Josh with his L plates