I was struck with a case of Déjà vu the other night, as my car sat stationary amongst the Monash Freeway roadworks.  It was only eight years ago that part of Melbourne’s South East Arterial, the Monash Freeway, was barricaded off while an extra lane was added to coincide with the opening of the intersecting Eastlink tollway.  Now they’re doing it again, adding another lane to cope with increased peak traffic volumes.

In 2008 I was commuting to-and-from the Western Suburbs every day, so I spent a lot of time either stopped or crawling on the freeway.  Back then, having a camera in your phone was still a novelty and I remember taking a lot of photos with my, then new, Nokia 6500.  Using your phone while driving wasn’t as big of a deal that it is now, so I would sometimes take photos of the traffic and roadworks around me whenever the traffic wasn’t moving.  The recent Déjà vu reminded me of those Nokia photos (and the dedicated Flickr account I’d set up), and prompted me to take a similar picture this week before the outbound Stud Road exit.

Technically I was breaking the law by taking a photo on the road this week, but with my car at a complete stop, along with all the vehicles around me, I reckon it was pretty safe to snap the comparison shot (below) with my iPhone. 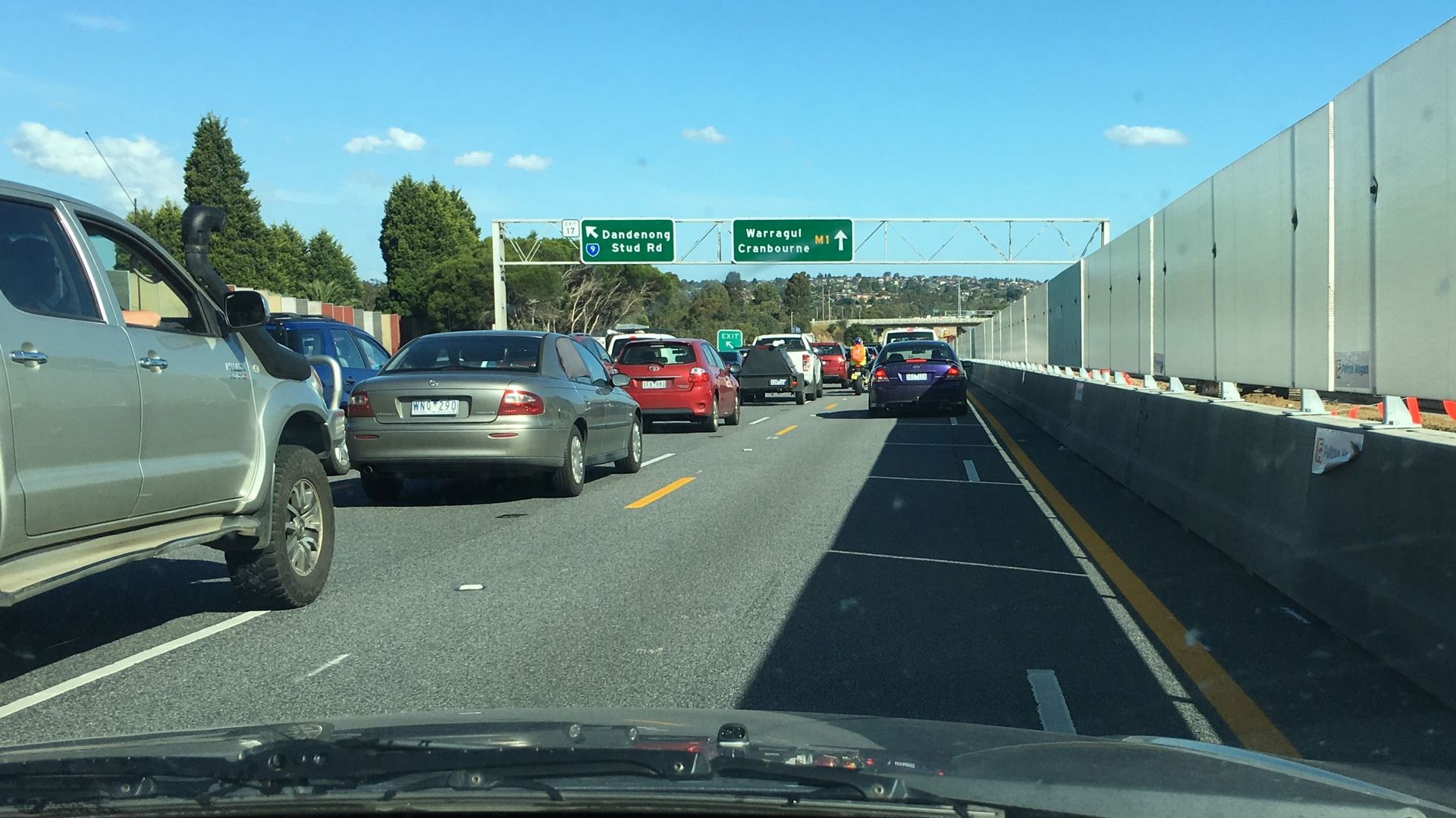 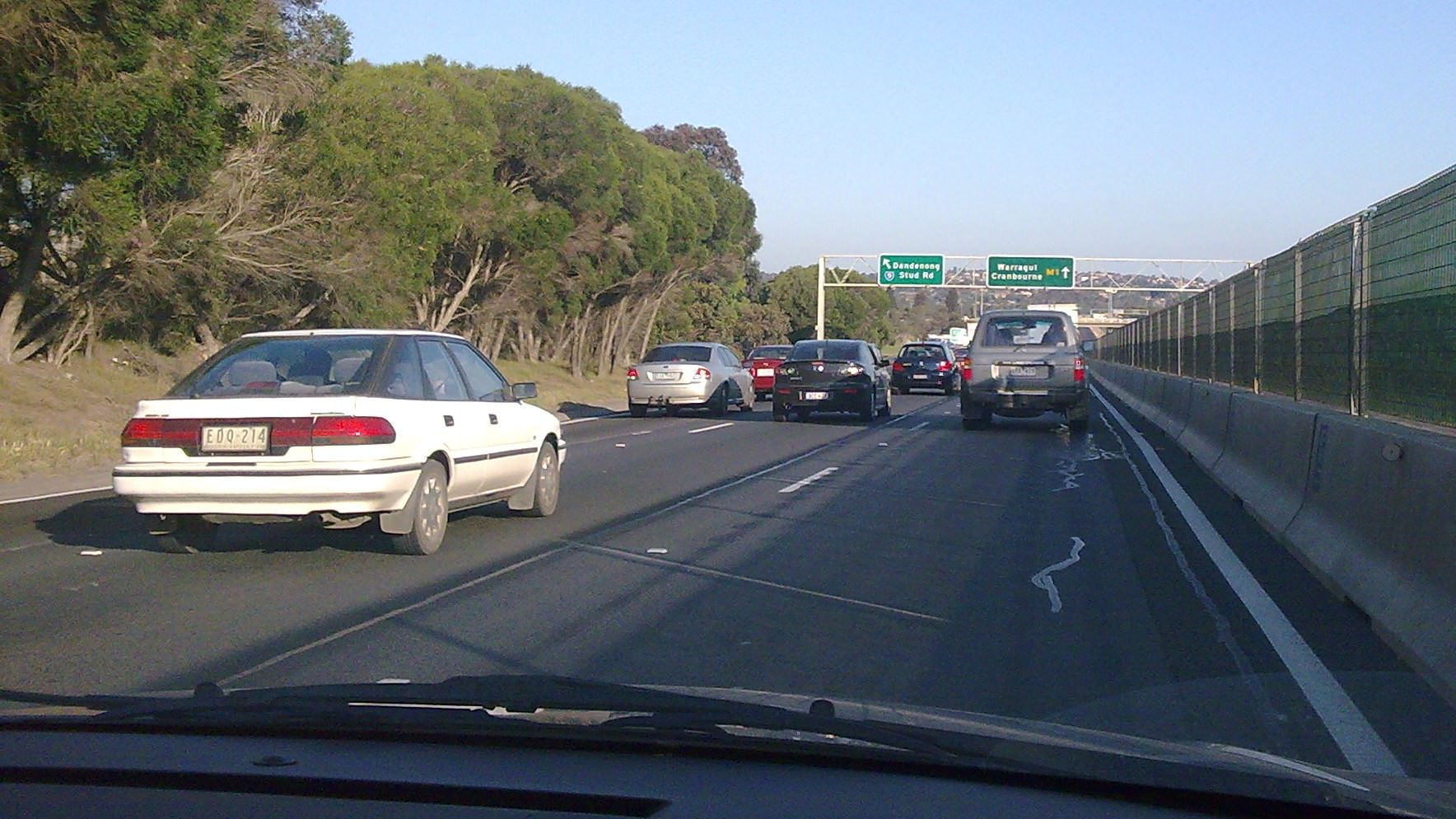 Eight years might be a long time in the progress of mobile phones with built-in cameras, but that’s nothing when it comes to our road infrastructure.  Where was the planning and forethought eight or ten years ago?  Surely the government’s money would have been better spent building an extra two lanes in 2008, rather than carry out similar roadworks again so soon.  Lets hope this is the last time we will see such widespread roadworks to expand the Monash Freeway!