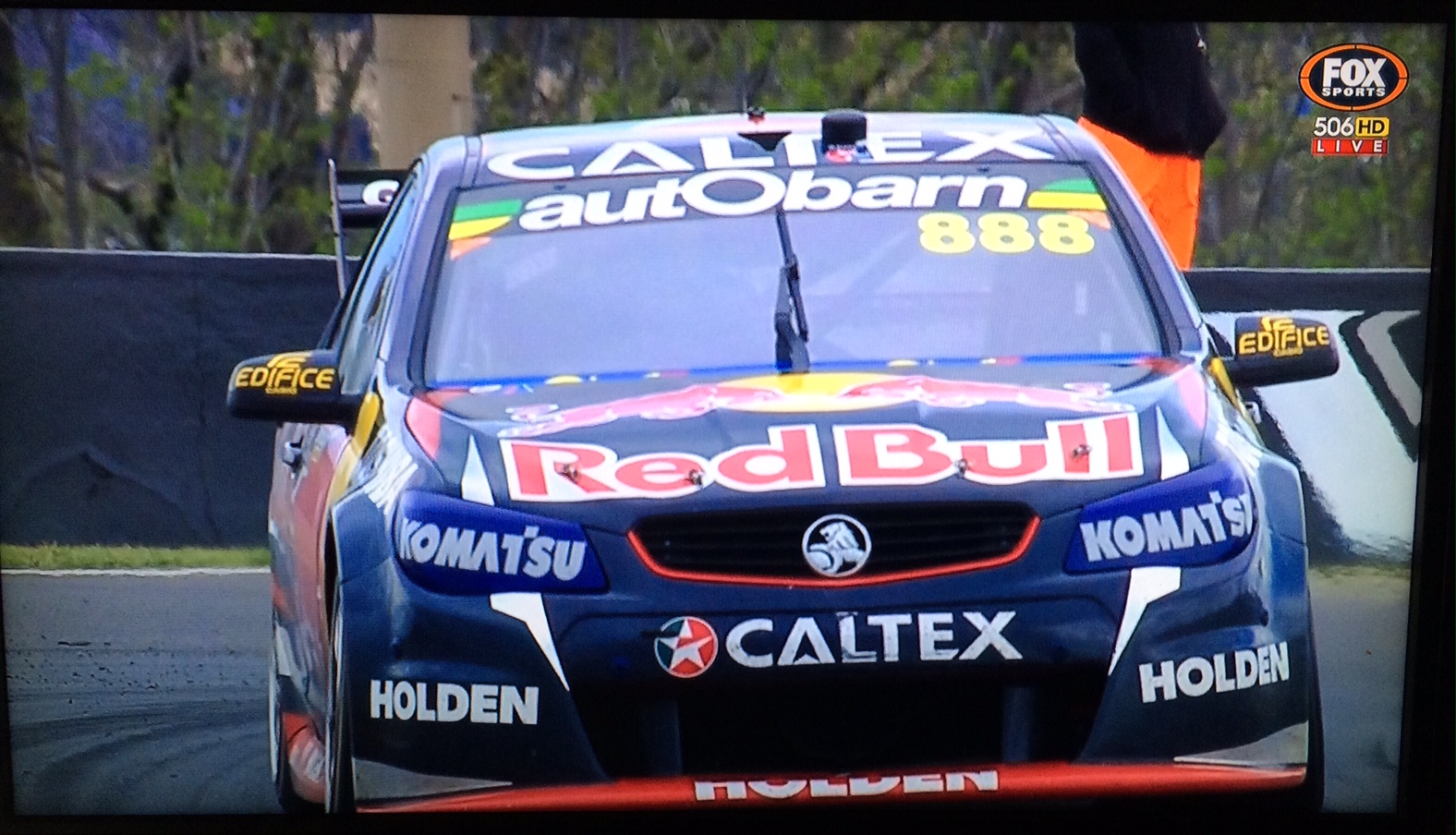 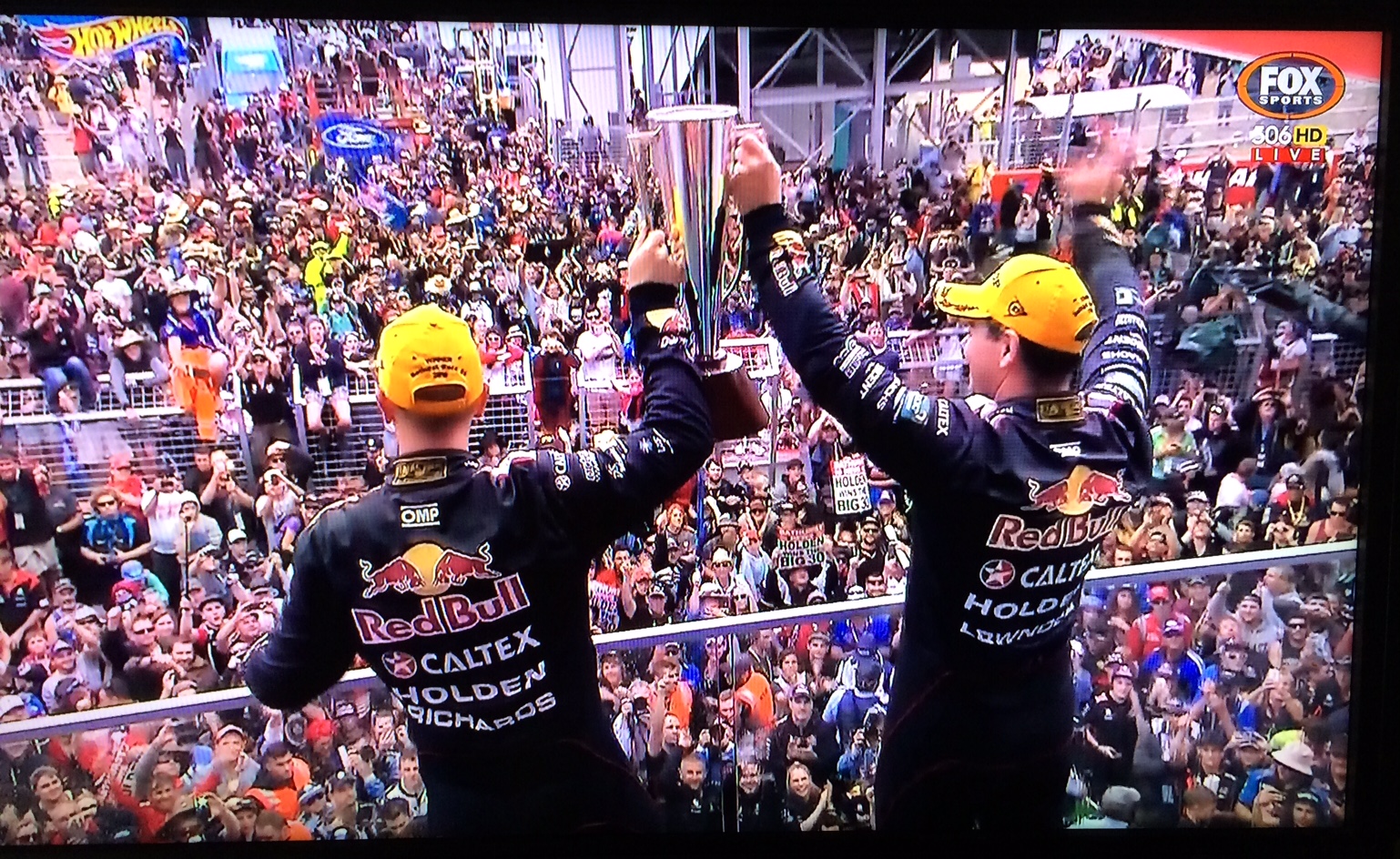 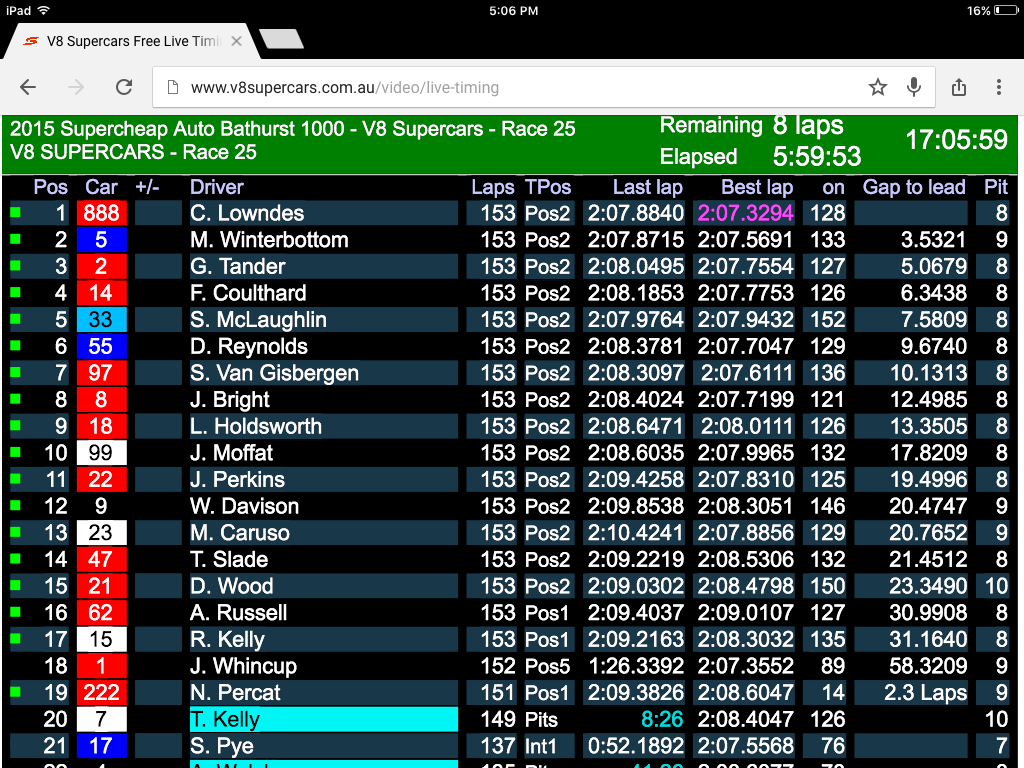 Last Saturday was the annual Tooradin (Victoria, Australia) Tractor Pull.  These events are good old fashioned blokey fun, involving big loud V8 motors driving modified tractors in the dirt while pulling big weights to see who has the most powerful creation.  I certainly don’t mind watching these machines compete, and if you have a reasonable zoom lens you can get some spectacular pictures as the big tractor tyres squirm with all that power and kick up a mini dust storm as they make their way down the 100 metre track.

Wikipedia defines Tractor Pulling as a “…motorsport competition…which requires modified tractors to pull a heavy sledge (sled) along a 35 ft wide and length of 100 meter or 300 ft+ track, with the winner being the tractor that pulls the sledge farthest… The sledge is known as a weight transfer sled. This means that as it is pulled down the track, the weight is transferred (linked with gears to the sledge’s wheels) from over the rear axles and towards the front of the sledge. In front of the rear wheels, there is a “pan”. This is essentially a metal plate and as the weight moves over this the resistance builds. The further the tractor pulls the sledge, the harder it gets.” 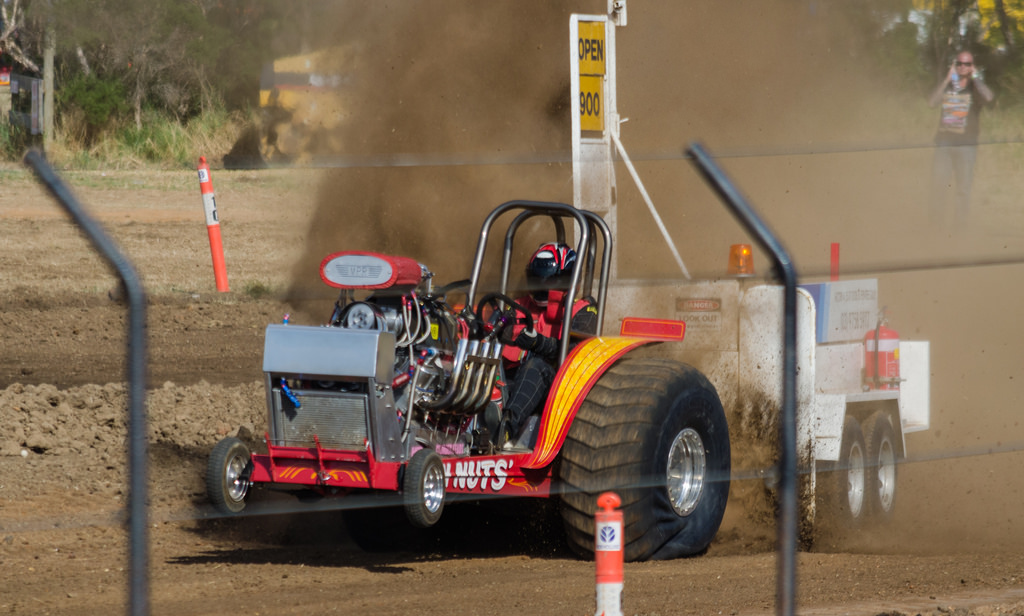 With all that dust flying around, I didn’t want to be changing lenses too often, so I stuck with my 55-300mm zoom kit lens that came with my Nikon D5100.  Working close up with the lens between 60 and 100mm I was very happy with pictures, but even fully zoomed out the resulting photos weren’t too bad.

I first went to the Tooradin Tractor Pull in 2008, back then the only camera I had was a little Canon Powershot, so I’ve been wanting to go back again since getting the Nikon DSLR.  The difference this time is there is now a high steel fence along the length of the track for safety reasons.  The gaps in the fence are pretty big (I guess it’s designed so something big and out of control – like a tractor tyre – doesn’t fly into the crowd) so it’s easy to photograph through, unless you’re standing back and panning as the tractor flies down the track.

The Tooradin Tractor Pull is a great way to spend an afternoon; you get to see some pretty powerful machines and will get some great action shots – just be sure to take some ear plugs!