I’ve shut down my photo site

I’ve shut down my photo site

For over two years I’ve had a dedicated personal photo website.  It had the unimaginative name of “Simon’s Photo Site” with the URL of simonsphotosite.com  I haven’t used it much lately, but it was still costing me to keep it online, so when both the hosting and domain registration renewals arrived this month I decided it was time to end that project.

Since 2007 I’d shared much of my photography on Flickr (the free photo sharing site from YAHOO!).  Flickr was going through a lot of changes in 2014, upsetting many users, including myself, so I decided to look elsewhere.  I really liked what SmugMug was offering – a highly customisable personal site, with unlimited storage of full resolution photos and videos with a custom domain name.  I tinkered with Simon’s Photo Site for months, learning the SmugMug user features as I went, but once I was happy with the layout, I didn’t use it much more after that.  Sure it had hundreds of photos proudly displaying online, but it turned out to be more of a novelty.

After learning so much about SmugMug, I opened another account with them to host photos for my Vic Pics project.  Which now meant I was paying for two SmugMug services.  I couldn’t justify to myself paying for two accounts, so I decided to shut down the personal site.  The Vic Pics Gallery survives as the host and market site (by SmugMug) for my Vic Pics blog (which admittedly I have neglected recently, but plan to start spending time on again soon.)

Some pages from simonsphotosite.com can still be viewed on the Internet Way Back Machine.  The domain name registration has expired, but for now is re-directing to the Family Gallery page of this blog.

I may explore other options for a personal gallery in the future, such as 500px or the free options included with my Adobe Creative subscription.  Meanwhile, I have continued to post a few pictures onto Flickr – www.flickr.com/photos/smjb.

Below is a couple of screenshots from Simon’s Photo Site before it went off line. 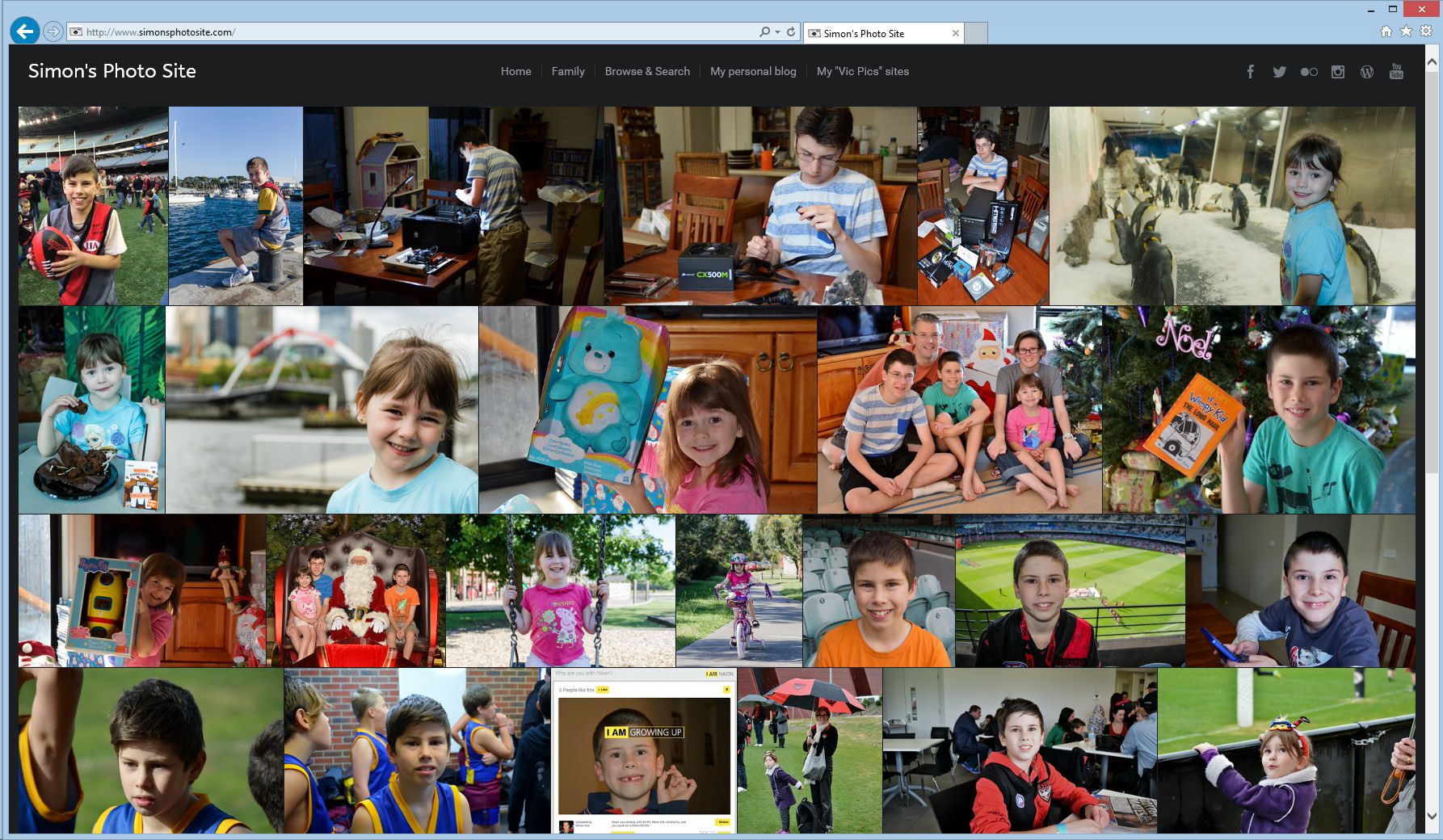 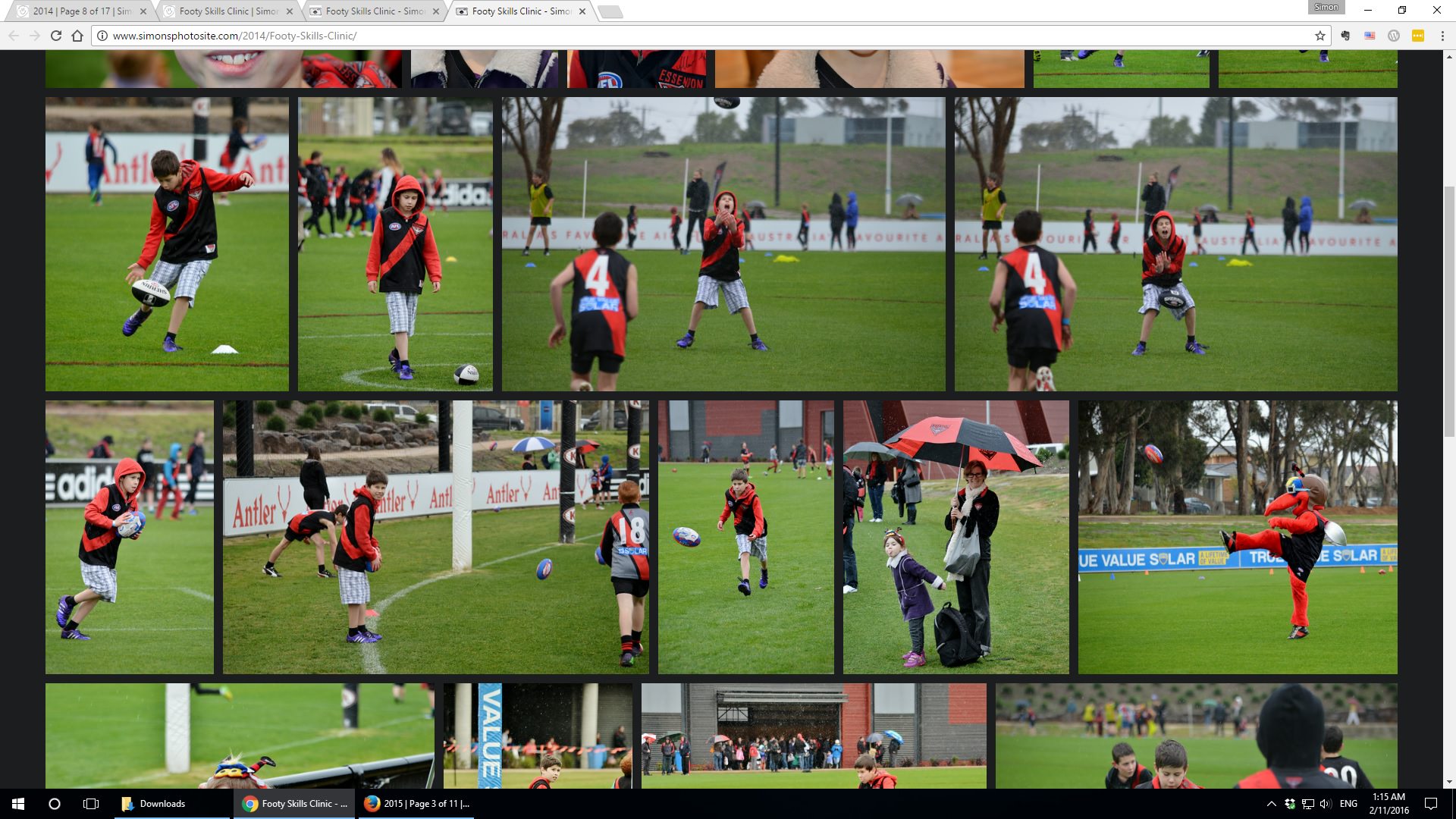 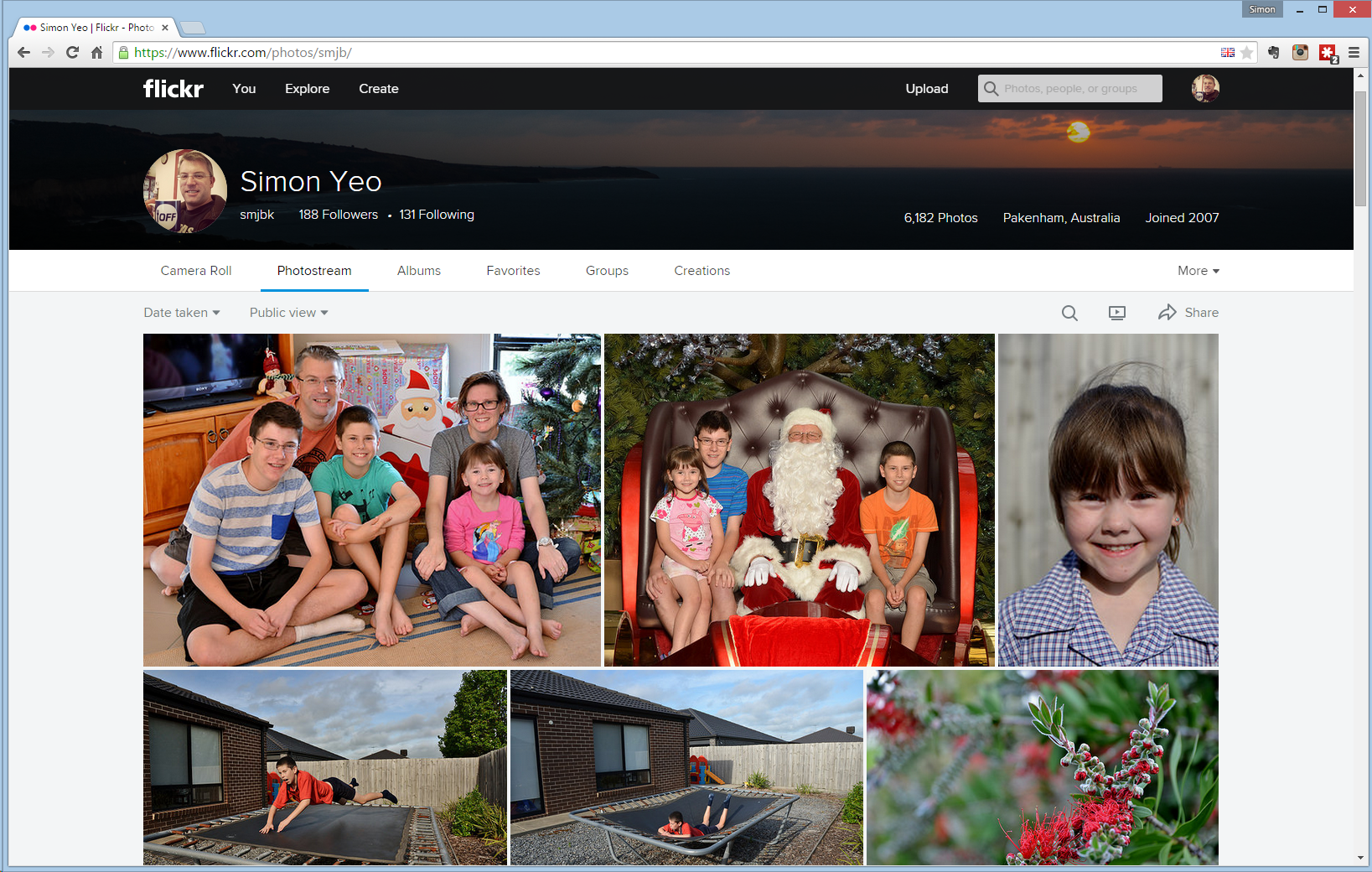 For many years I was in love with Flickr, the Yahoo! owned photo sharing site.  Uploading and sharing thousands of photos as my interest in photography grew (along with my children and photos of them).

During 2013 and 2014 Yahoo! made some horrible changes to the site, frustrating many long term users – including myself.  Eventually I gave up on Flickr late last year, I tried some alternatives but ended up creating my own photo site through SmugMug  – simonsphotosite.com which intern led me to create Vic Pics.

This week Flickr have announced some major improvements to their service, so I might have to re-think my opinion of Flickr.  There’s certainly a great photography community on the site and some really, really good photographers show casing their work.  I may re-publish some of my Vic Pics photography onto Flickr with links back to the blog and gallery, which in turn might increase traffic to my sites.  Stay tuned! 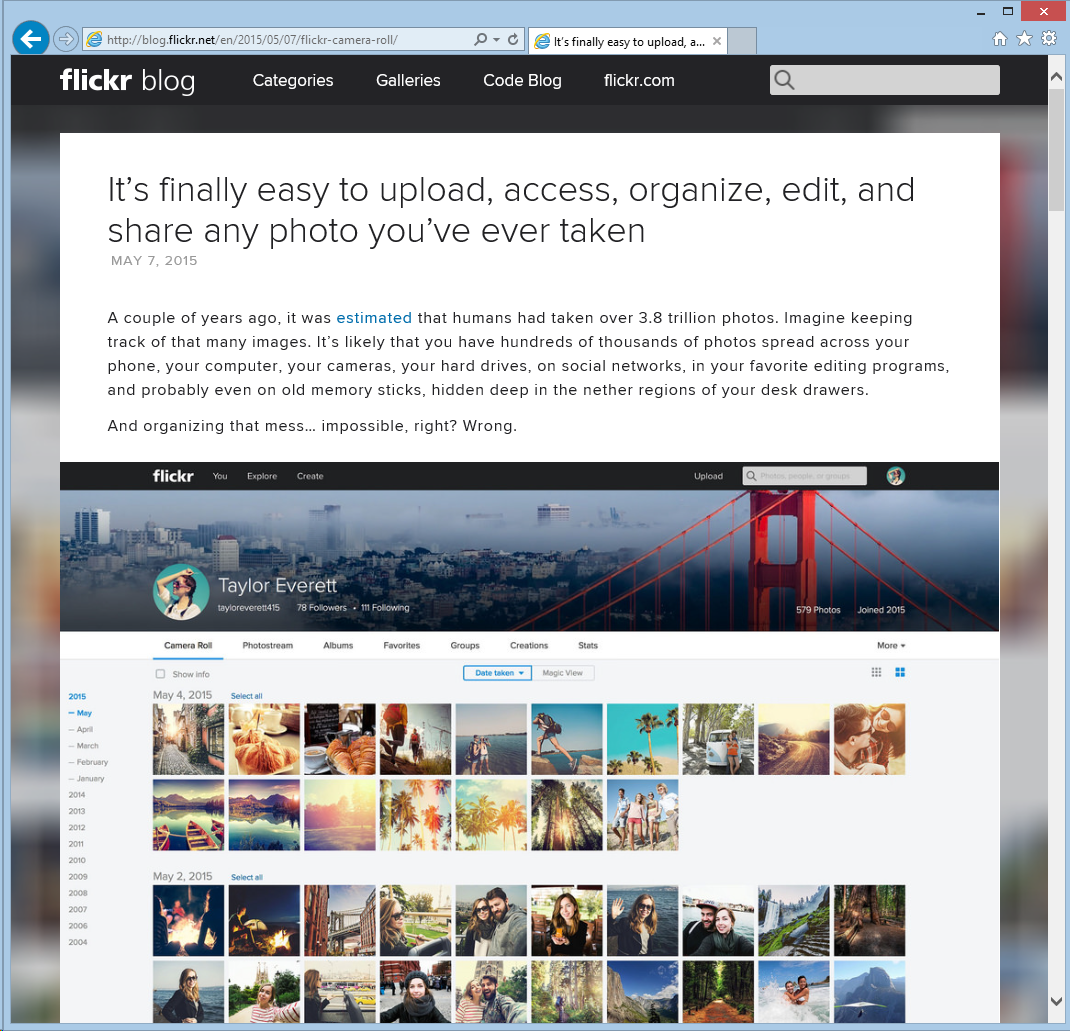 If you’ve read my early posts on this blog (from January this year), you may know that I used to love Flickr, and had uploaded 1000s of photos and enjoyed the online community of photographers from all walks of life.  However, in October last year, the site’s owners – Yahoo! – started making changes with their “New Photo Experience“, which in reality actually made it worse.  They were slow to act on user feedback, and slow to keep users up to date with the ongoing changes.  Even today it has been over a month since an update to users on the site’s (hard to find) forum.  They’ve made some recent upgrades to their mobile apps and blog, but users still get different Flickr experiences depending on their device, browser and language.

The mess Yahoo! made of Flickr drove me away in frustration, I tried the other major photo sharing site, 500px, but ended up going to SmugMug to make my own photo site.

Now I read on the 500px blog that they are making some major changes to their site too.  It’s going to be interesting to see how the 500px site evolves, it certainly wont be too hard for them to do a better job than Yahoo! is doing with Flickr.

The war of the photo sharing web sites is heating up.  I will be keeping an eye on both services, but will be concentrating on my own photo site, hosted by SmugMug, and blogging about my photography here on my photo blog.