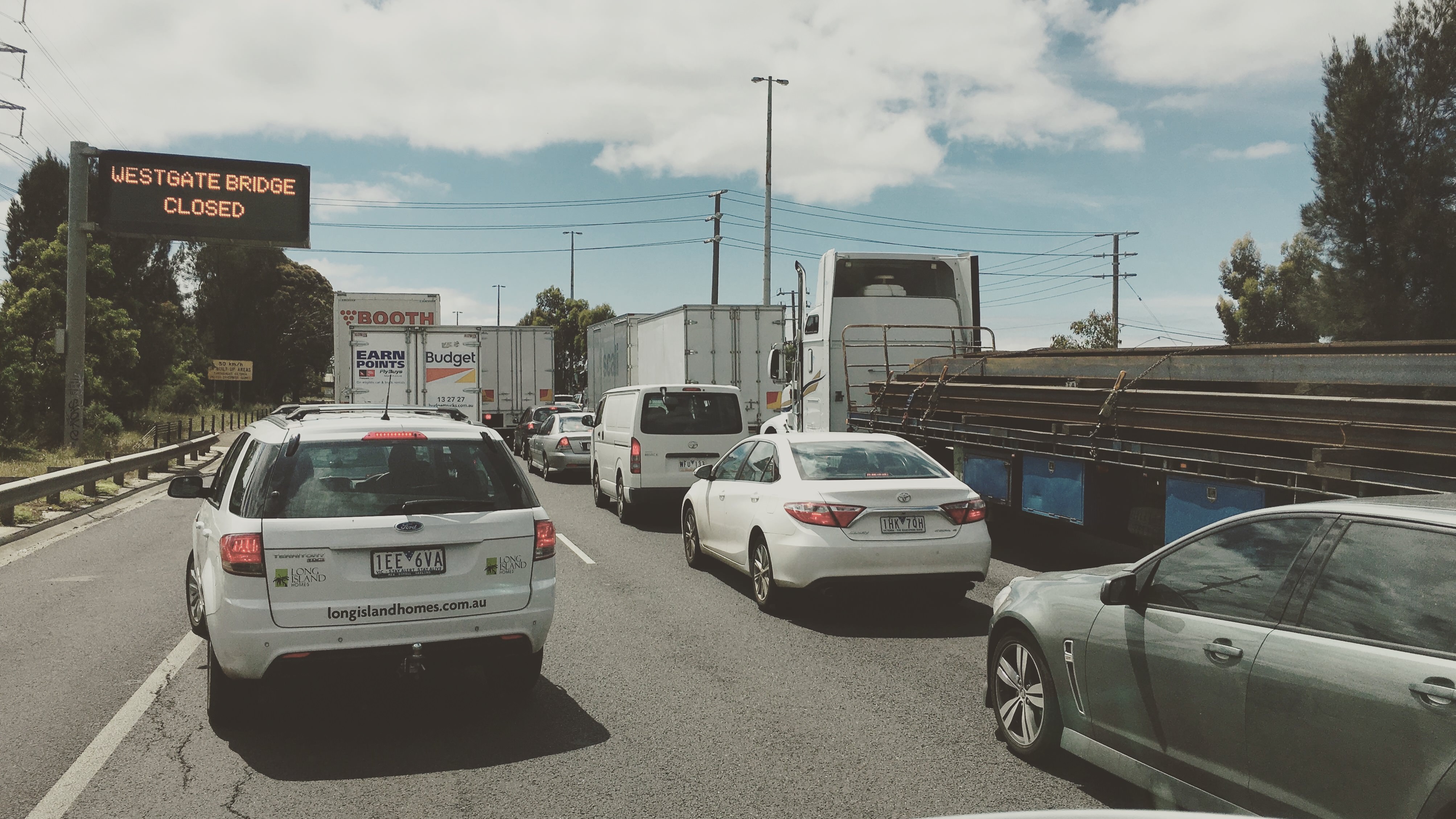 The traffic in Melbourne’s west was horrible today, caused by a motorcycle fatality on the inbound lanes of the Westgate Bridge.

I’ve been driving around Melbourne for a long time.  From the early 1990’s I worked weekends as a taxi driver.  In the mid 1990’s I was a courier driver, before moving into heavy vehicles.  Between 2004 and 2009 I commuted from the outer east to the outer west for a transport management role.  These days I’m driving trucks around Melbourne and regional Victoria.  Today was the worst traffic I have ever experienced.

Today started with what should have been a simple job, a quick run across town for a simple delivery.  I left the depot in Knoxfield at 6.15am and arrived at my delivery in Melton at 7.25, which was a good time as the morning peak was starting to wind up.  Ten minutes later I was heading back towards Knoxfield, but I was expecting traffic to get busy as I made my way through peak hour.  Just after the Boundry Road exit on the Western Ring Road the traffic started to slow.  This is normal as you approach the merge with the Geelong freeway.  At 8.30am I heard the traffic report on the radio say the Westgate Bridge was closed, so I sent my boss an SMS to say it might take me a bit longer to get back.  That SMS was my understatement of the day.  Three hours later, I still hadn’t made it to the next exit, Millers Road.  Three hours to travel five kilometres!  Finally I made it back to the Knoxfield depot at 2pm.

Today certainly opened my eyes as to what can happen when the main crossing of the Yarra River, from the western suburbs towards Melbourne, is closed.  I don’t want to get into politics, but maybe there is merit in the Western Distributor Project the current state government is undertaking.  At least it will give us a second river crossing in the west, even if it does mean more tolls.