I’ve been working the afternoon shift on the road lately, most days that involves driving a semi trailer to Albury and back to Melbourne.

Around midnight on Tuesday I was approaching Craigieburn, southbound, and see the head and tail lights of a car spinning in the distance. Then nothing.  I slow down, wondering if I had imagined it because I couldn’t see where the car had gone.  It wasn’t until I was almost on top of it that I saw the black Nissan sideways across the Hume Highway.  If I hadn’t noticed the spin in the distance, I would not have slowed down and probably t-boned the Nissan at 100mh, killing the driver.

I stopped the truck in the lane, with all my lights flashing so no one else would run into it, and check on the driver.  He said he had swerved to miss a rabbit!  I told him he should have just run over it, which is exactly what the police said when they turned up.

Thankfully the guy was ok, but his car was a mess.

This was the fourth time in my truck driving career that I’ve seen a car spin on a perfectly good piece of road.  My advise to anyone (especially my son Josh, who is learning to drive) is to not swerve at highway speeds for animals on the road.  For small animals, like a rabbit or echidna, you could usually just run over them with little damage.  For larger animals, like kangaroos, brake heavily and brace for impact – you will still do less damage than yanking hard on the steering wheel at 100kmh. 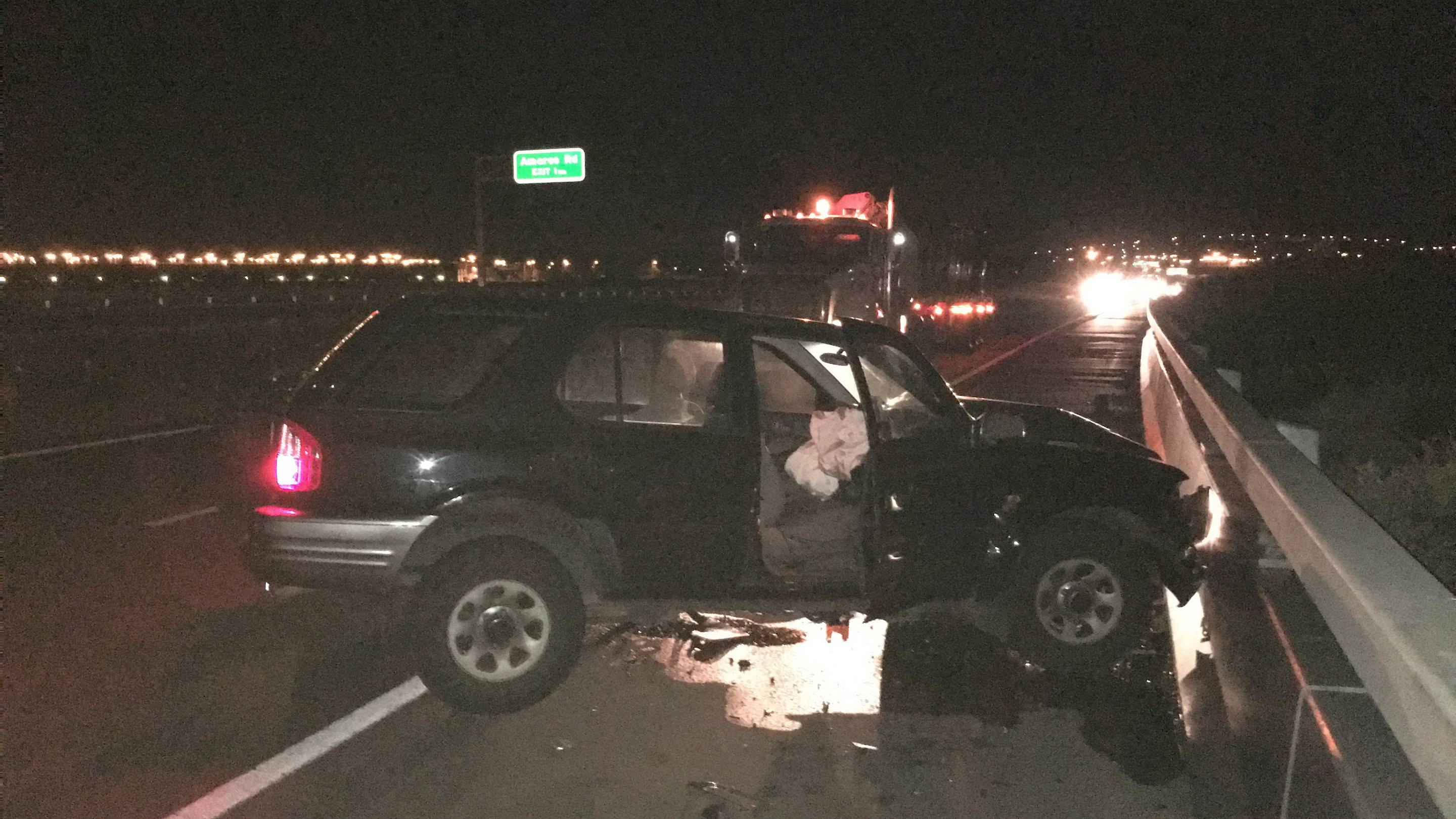 Spin and crash on the Hume Hwy