Twice a year SteamRail Victoria run a tour to Traralgon from where passengers can visit the snow fields or other Gippsland attractions.  The tour runs from Melbourne on a good old fashion steam train, consisting of two powerful locomotives pulling a collection of heritage passenger carriages.  The “Snow Train” runs on the main railway line, staying out of the way of regular metro and country passenger services (and probably some freight trains as well), stopping only briefly at a some of the major stations along the way.

Like her big brothers before her, my seven year old daughter, Karla, has become fascinated with steam trains.  She saw this year’s first snow train a few weeks ago with her Mum (while I was in hospital) at Tynong Station, where it doesn’t stop.  I promised Karla that If I was out of hospital I would take her to see the second run at Pakenham, where it does stop for a couple of minutes.

I wrote a couple of months ago how Karla likes making videos for YouTube.  When I said we were going to see the steam train, naturally she asked me to make a video.  The clip embedded in this blog post shows Karla telling the camera the train is on the way, how much smoke and steam it makes and how “cool” the steam train is!

Later in the evening we went back to Pakenham Railway Station to see the “Snow Train” steam train on it’s way back to Melbourne.  This time I thought i’d get some long exposure night shots of the locomotives steaming at the end of the platform.  I setup the camera and tripod across the road from the station, in-between the tracks (but still safe within the pedestrian fence).  We could feel the steam as the train gathered speed right beside us, Karla thought that was even better that watching from the platform in the morning.

I’m pretty happy with the pictures too. 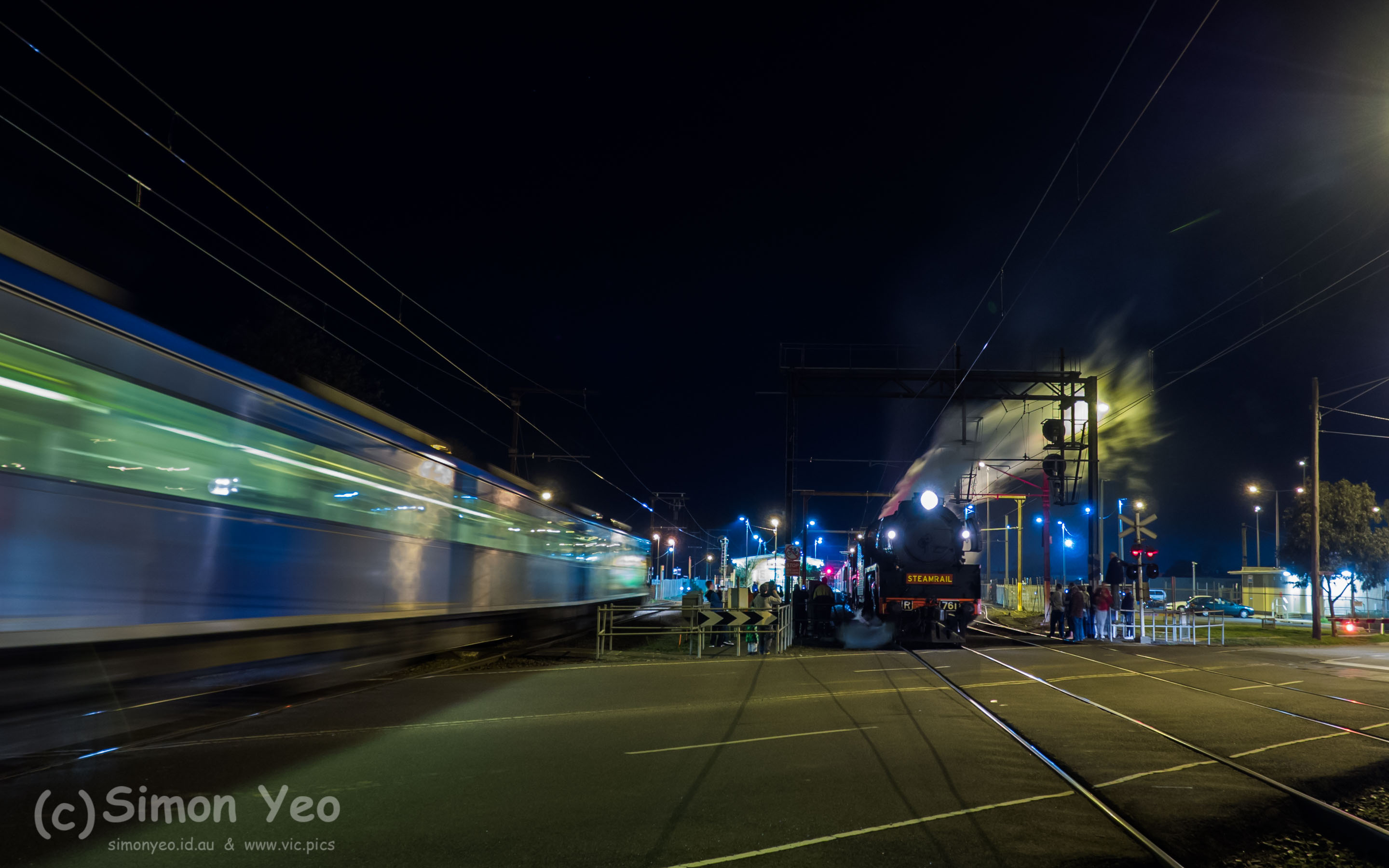 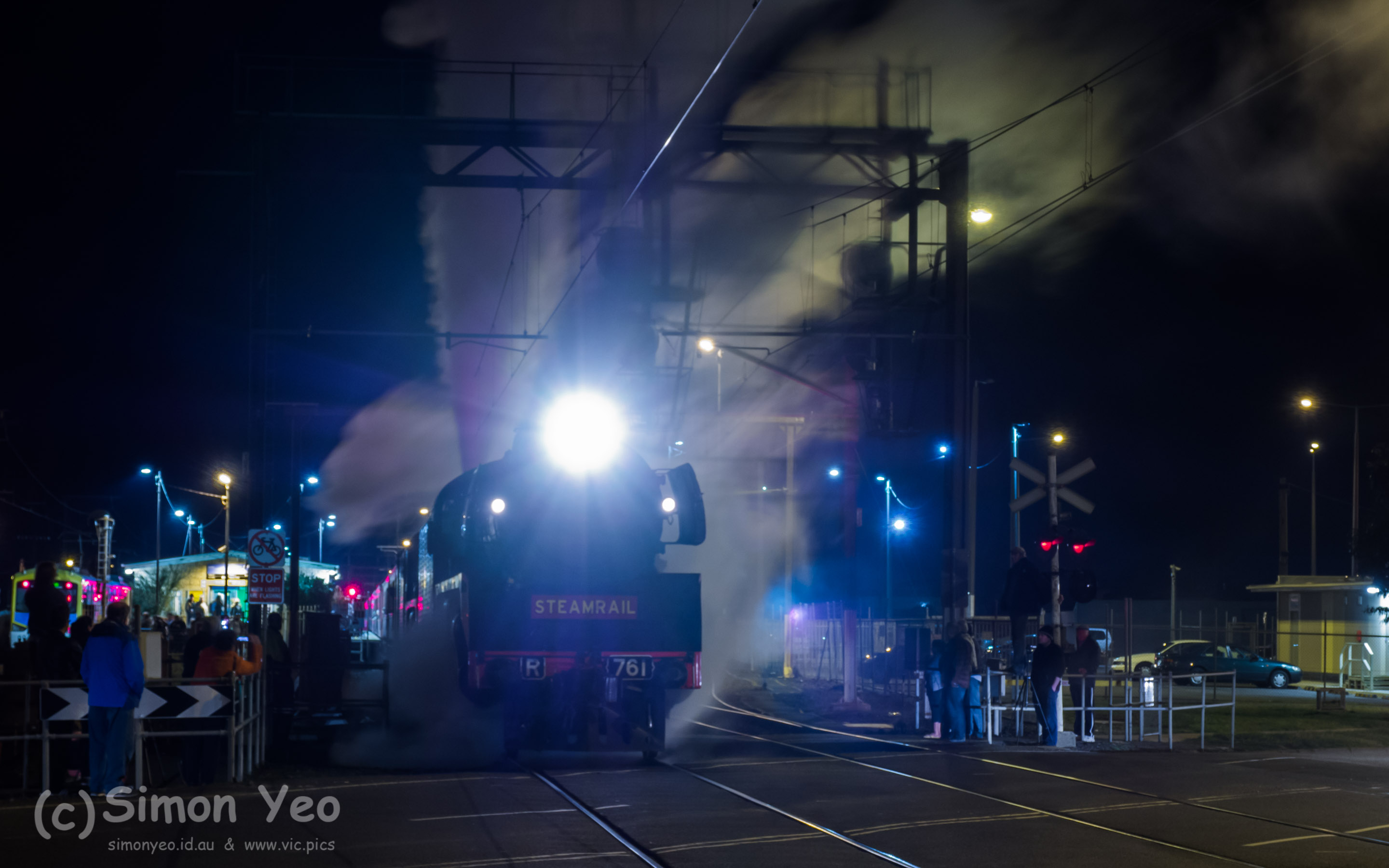 Last weekend, steam train “shuttles” were running between Berwick and Pakenham.  I took the kids for a ride in the morning and then spent a few hours in the afternoon photographing the old train (and trying to keep up with it).
I’ve posted lots of photos on flickr;
http://www.flickr.com/photos/smjb/sets/72157623926847744/ 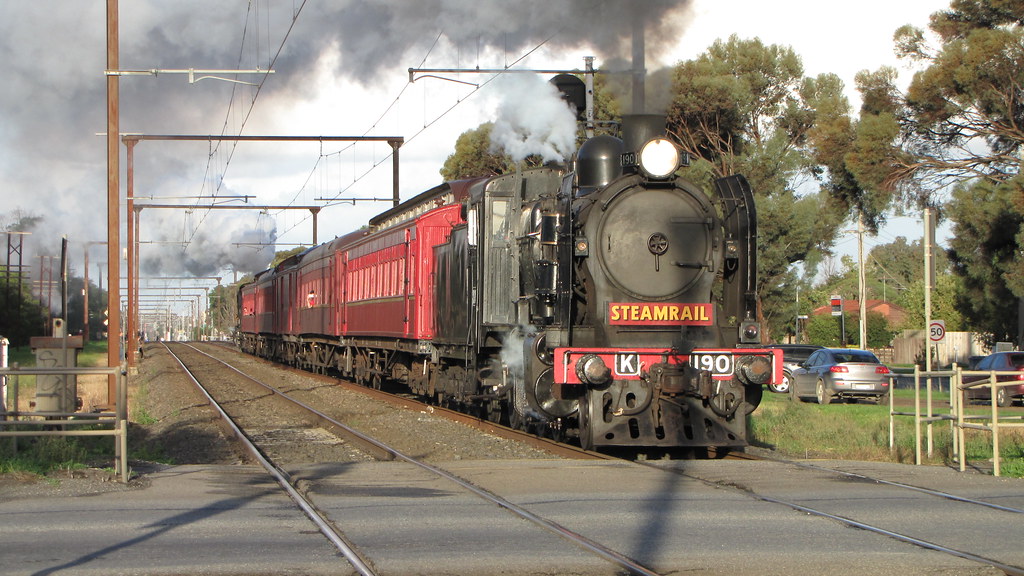